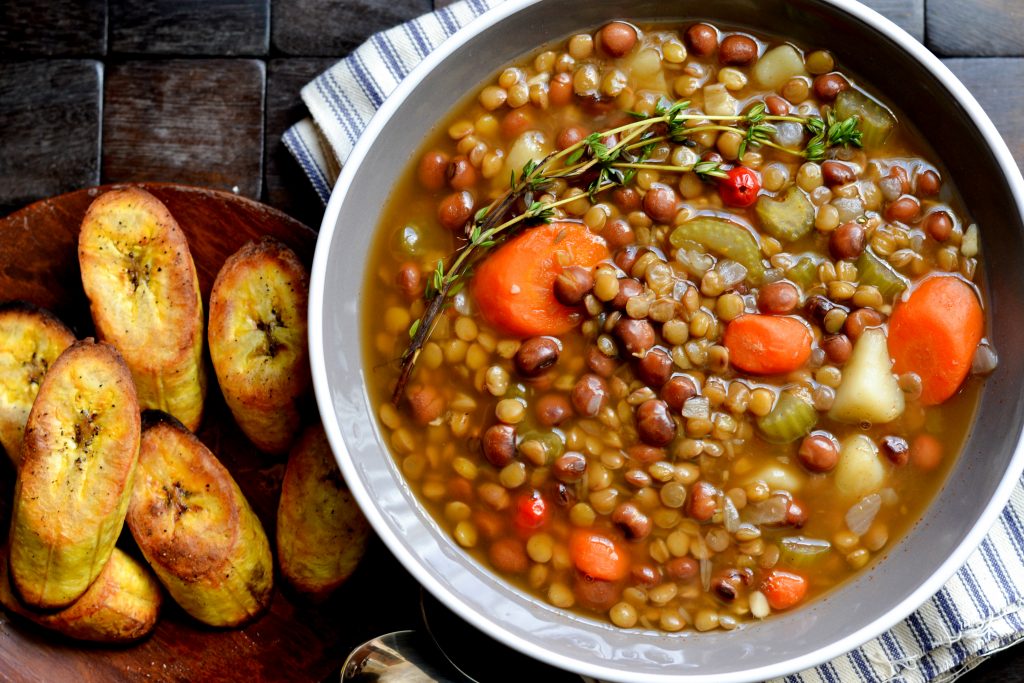 We don't really have "colder months" here in Florida. The weather seems to be real hot, nice, or rainy. No matter the temperatures, I love a bowl of soup. I don't think I share enough soup recipes with you guys, maybe I'll add that to my goal list for 2018. In addition to the cold temps outside, we've all been under the weather. Nothing better than a warm brothy soup to save the day.

This lentil and pigeon pea soup was actually born out of necessity and a use-whatever-is-in-the-pantry moment. I was making a plain lentil soup and didn't have enough lentils for the recipe so I added some pigeon peas for texture and to fill up the pot, ha! It ended up tasting great. I've made many variations of it since. Lentils dissolve pretty quickly once they hit your mouth, so having the pigeon peas in the mix is great for texture. 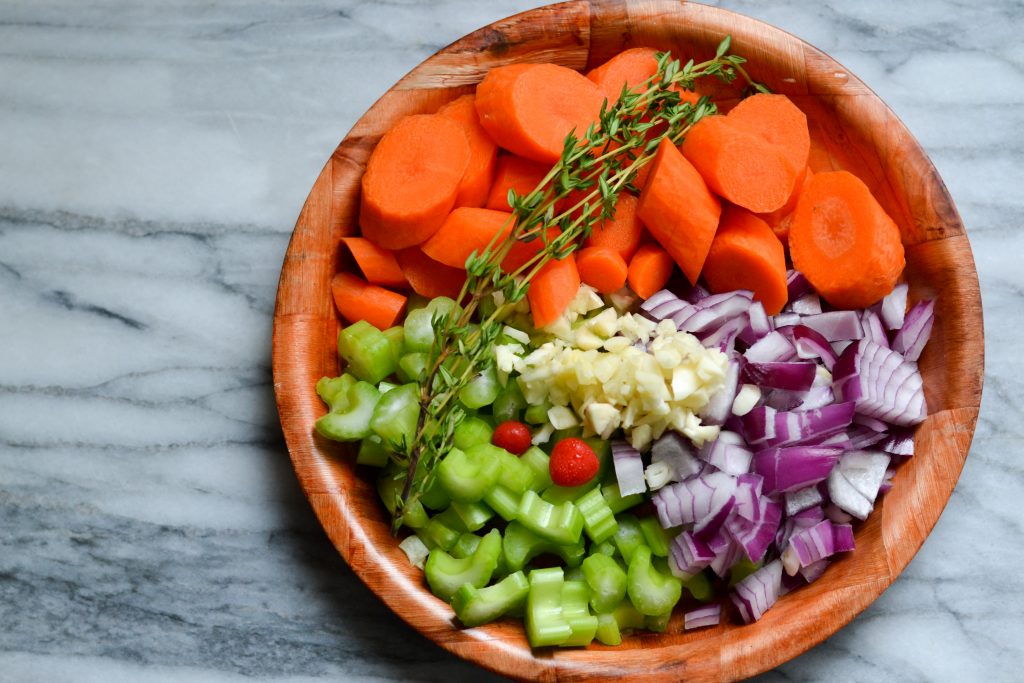 This is a water-based soup so it's very brothy. I love these type of soups, especially since I try to stray away from creamy soups. It's very filling and also completely vegan, including the broiled plantains.

I used brown lentils for this soup. It's the most easiest type to find. Feel free to use any type you like. Note that some variety of lentils cook a lot quicker than others. 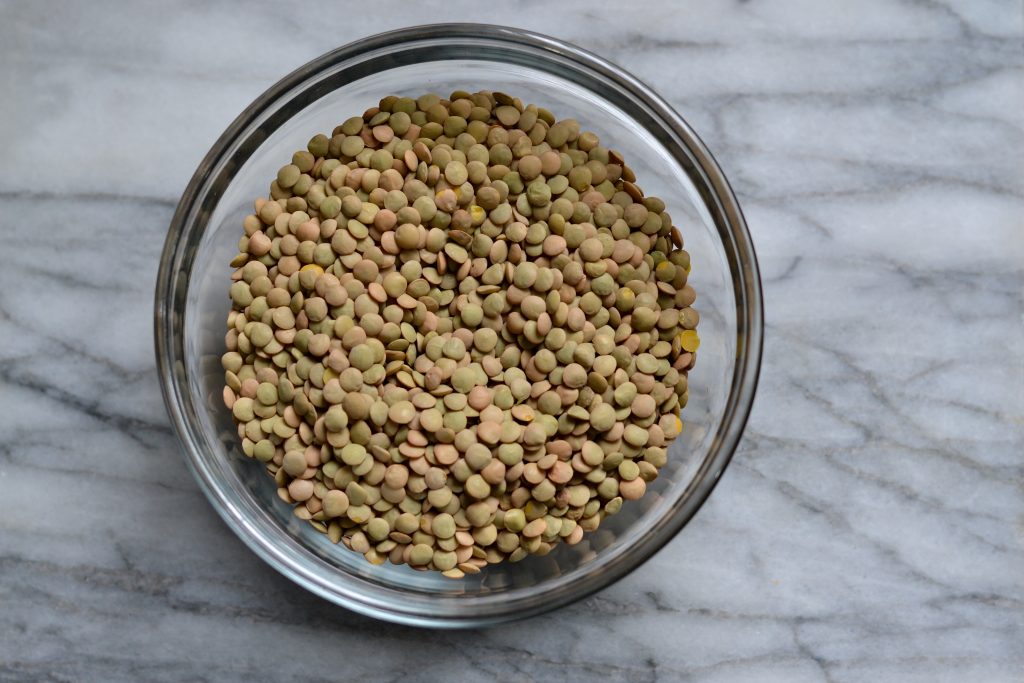 I used canned pigeon peas for this soup, I prefer the El Jibarito brand. This is also the same pigeon peas I sometimes use in cook up rice. Mmmm. It's quick and easy, but you can use dried pigeon peas if you prefer. About ½ cup dried will do for this recipe. Soak it overnight and then boil with first set of ingredients. 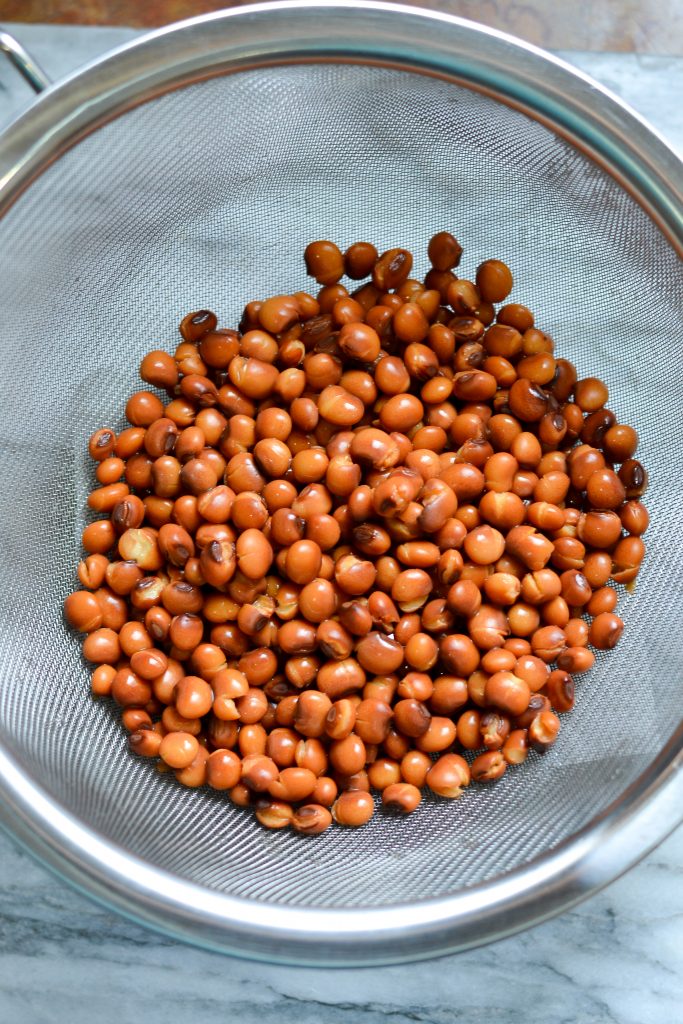 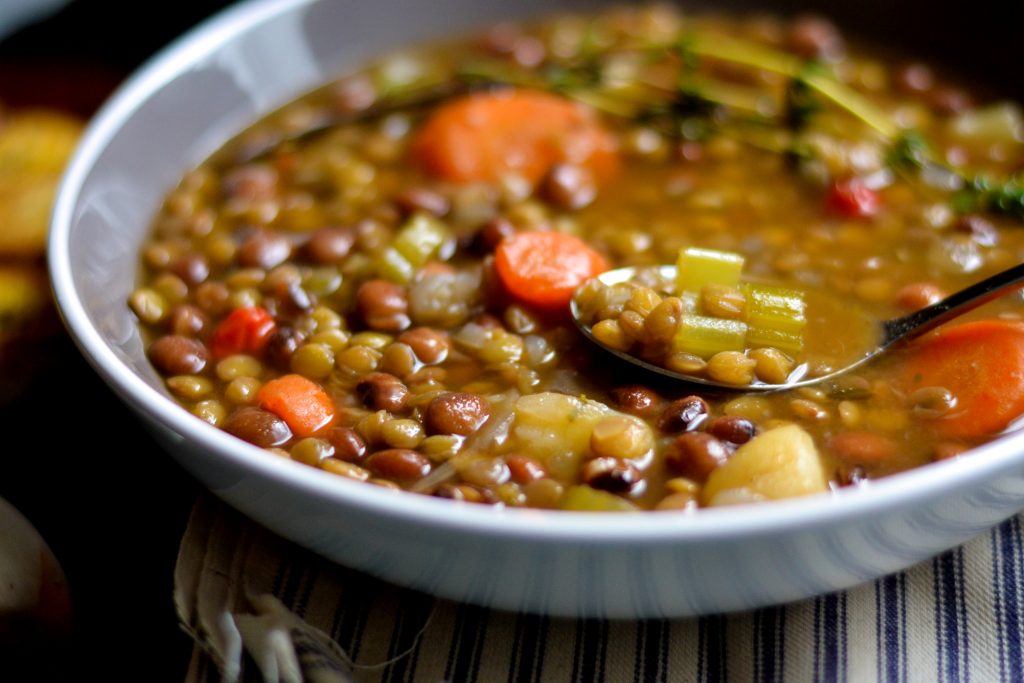 My father started broiling his plantains instead of frying them, so I've gotten used to eating them this way. It tastes pretty nice with the soup, or if you'd like an alternative, cornbread or a nice crusty bread would be amazing here. The plantains I had on hand were still pretty green, but I actually prefer them halfway ripe or almost ripe, not black. The natural sugars really caramelize under the broiler and with a pinch of salt and cinnamon, it's perfect. 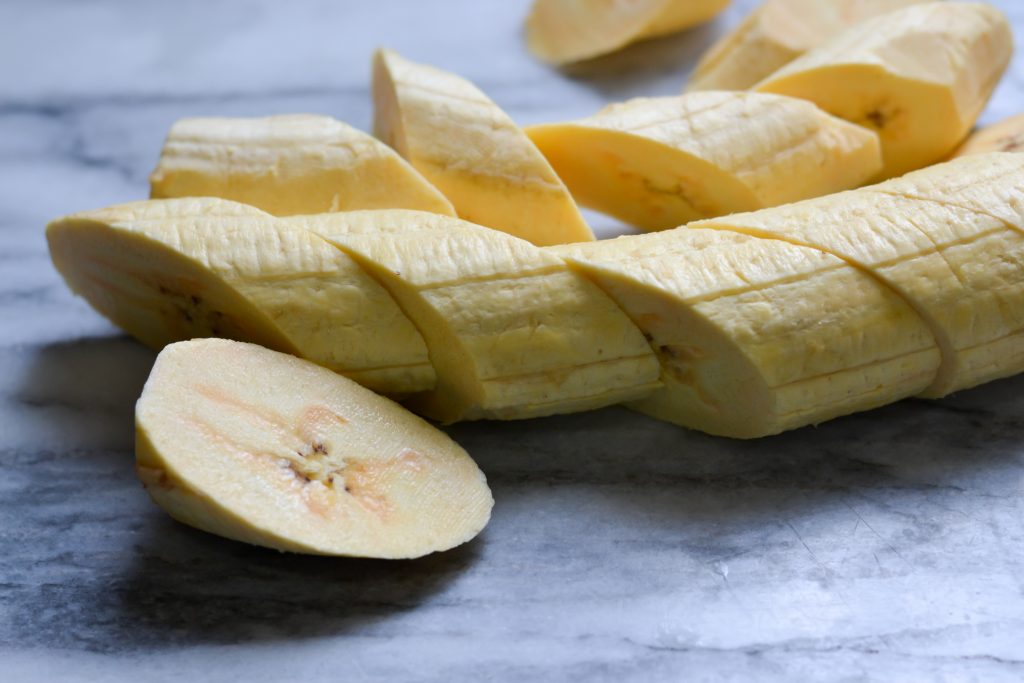 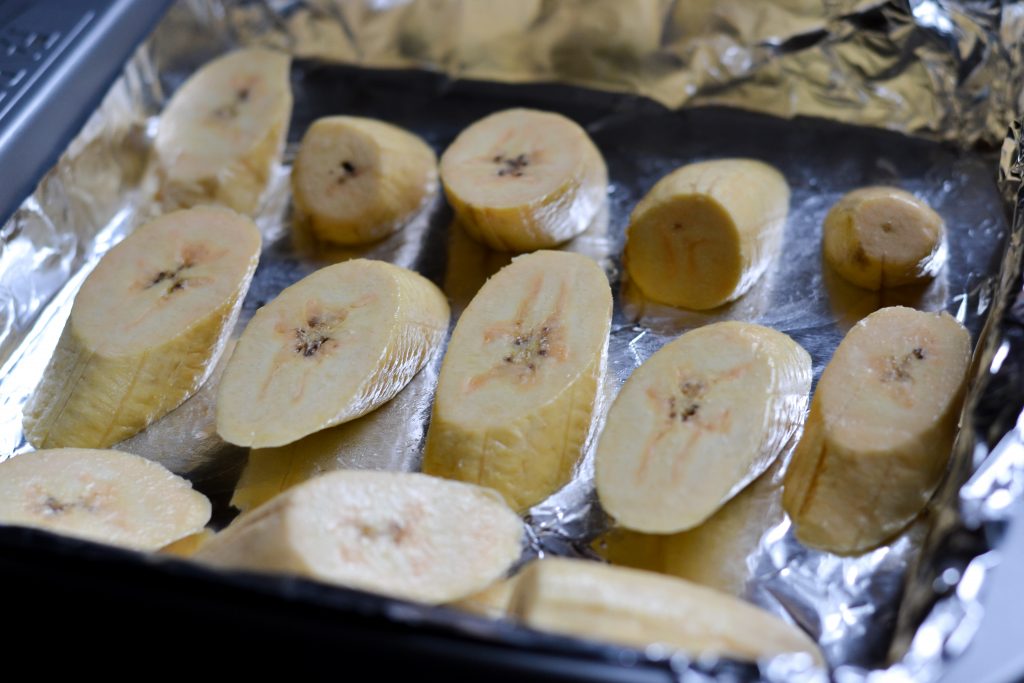 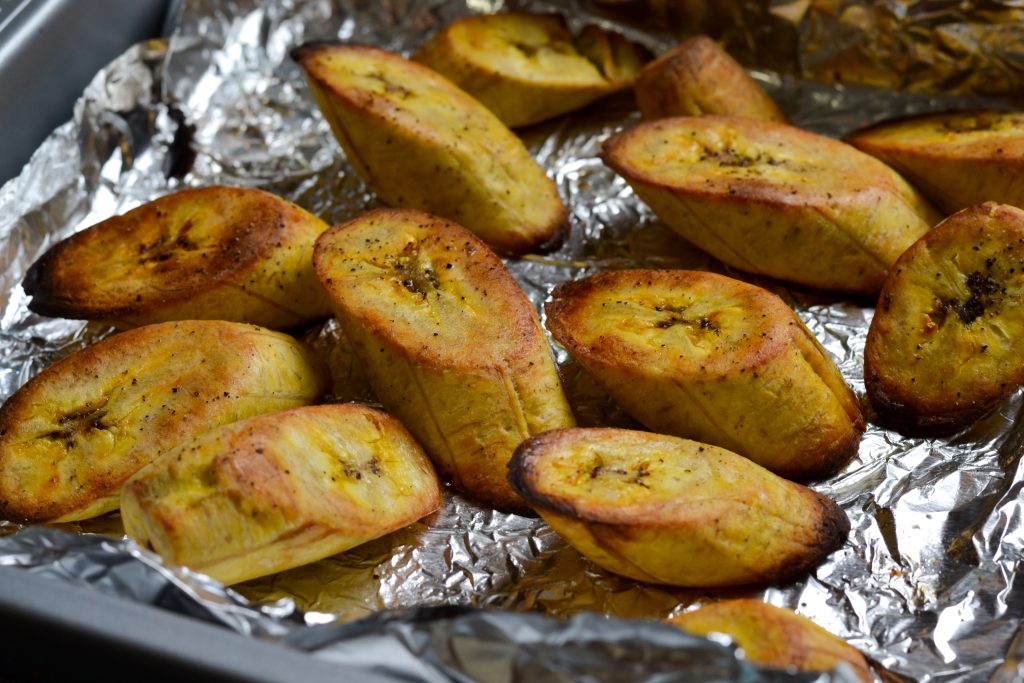 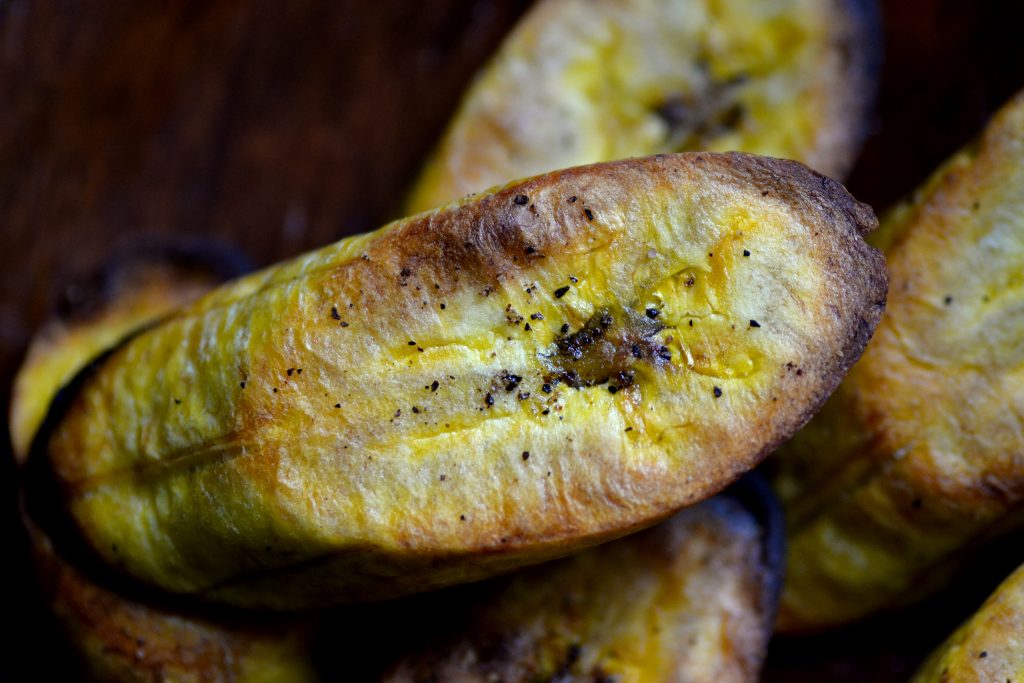 Make it your own

Add any of these ingredients to change up the flavors of this soup. I've done it with red and green peppers and edoes, it was fantastic!

If soup is not as thick as you'd prefer. Remove some potatoes, mash in a separate bowl then stir back into soup. Or dissolve 1 tbsp cornstarch in 2 tbsp cold water, stir mixture into soup and let boil a few minutes to thicken.

Soup can also be made in slow cooker. 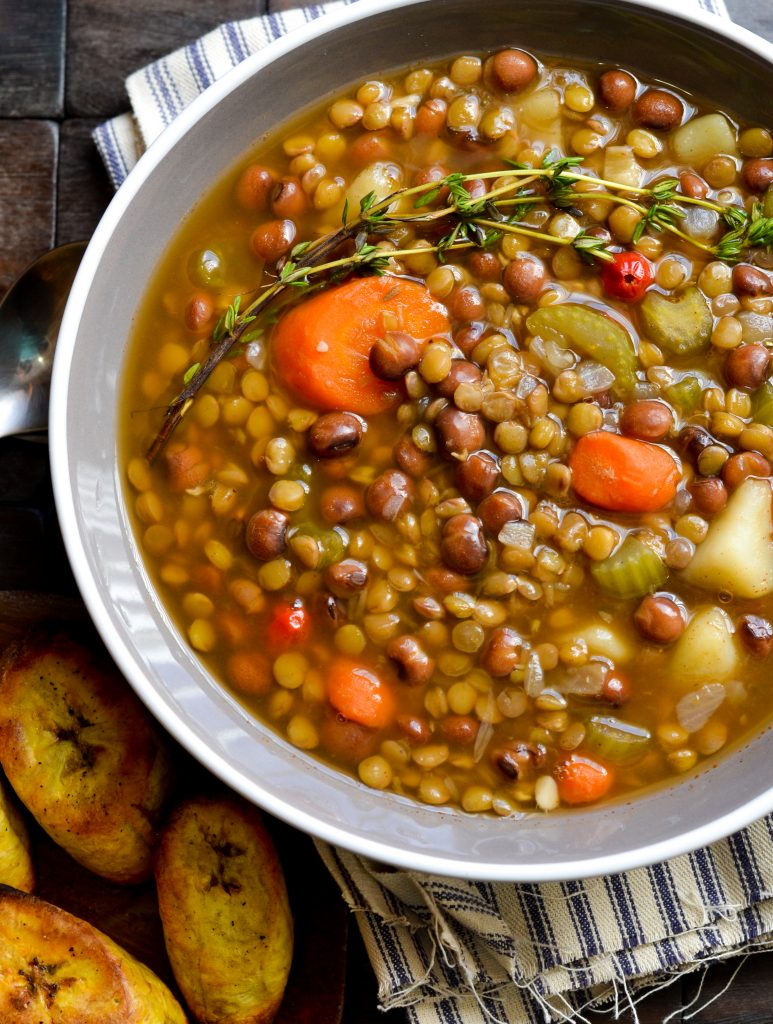