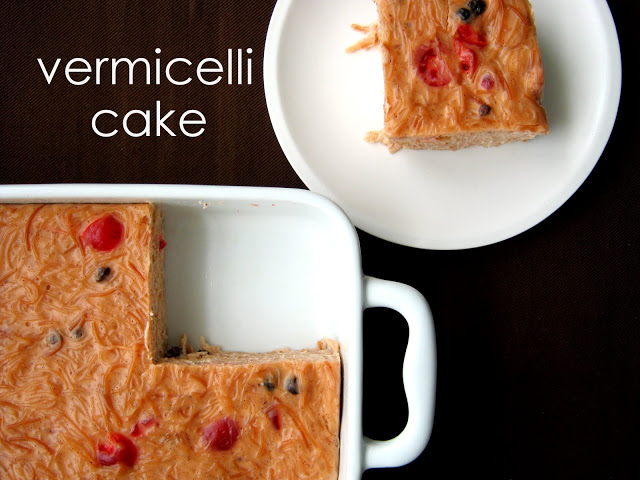 Vermicelli cake, also called vam-a-zelli in Guyanese patois, is a dessert made from vermicelli noodles that have been simmered in milk, flavored with cinnamon, nutmeg, and other spices or extracts. Once the noodles are cooked and the mixture has a pudding like consistency, it is poured into a dish and left to firm up, then cut into squares. I must note here that Trinidadians make a very similar dish and it is called Sawine. The only difference is the mixture is removed from the heat once the noodles are cooked. This results in a sweet noodle soupy consistency. My friend Anjy also described a dish called Paysum (which is the South Indian version) to be very similar to Sawine, and in Pakistan known as Seviyan. 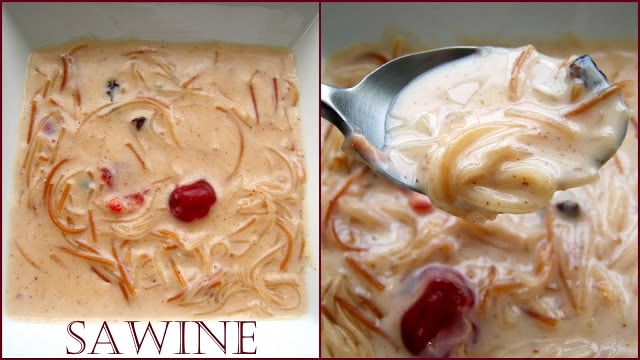 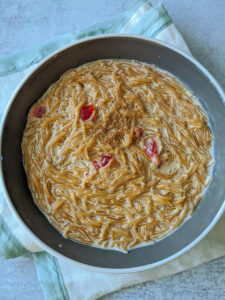 My mom used to make this during Hindu holidays and any special occasion in our home, it was truly a treat. The loose version is a popular dessert made during the Muslim holiday of Eid. Many have this for breakfast as well. In a time when there is so much divisiveness, it's reassuring to know we share more commonalities than differences. Food truly unites us.

I called my mom for this recipe and naturally, she gave me a recipe that indicated a dash of this and a pinch of that along with 2 pot spoons of sugar. I said mom, "no one measures sugar that way" haha! It turns out that her pot spoon is equal to a half cup, ha!

I used 200g of vermicelli noodles 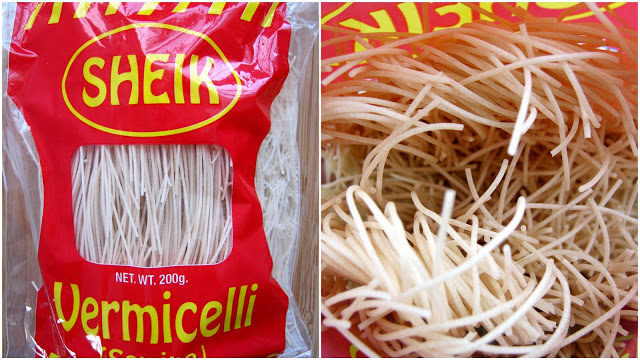 chop up 14 maraschino cherries, you can add more if you like 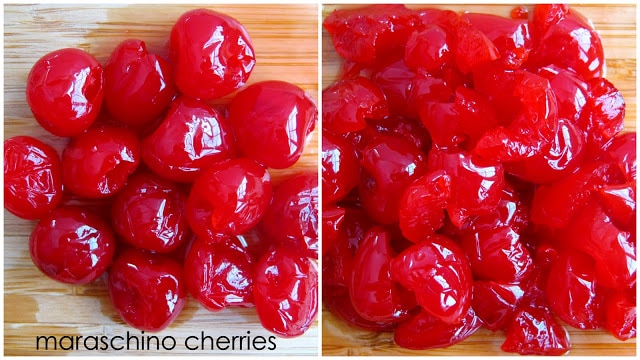 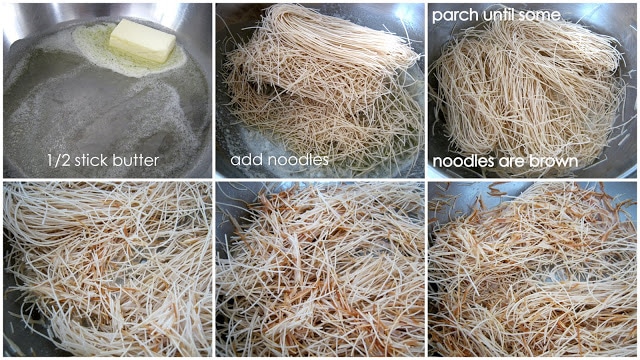 add one can evaporated milk plus 3 ½ cups whole milk, sugar, and vanilla 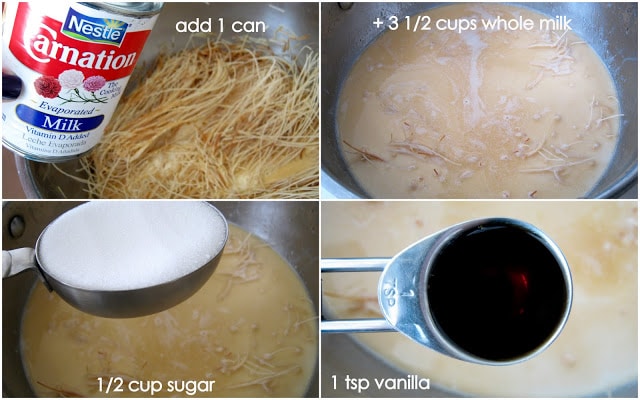 add ½ tsp almond essence, nutmeg, cinnamon and stir everything together in the pot 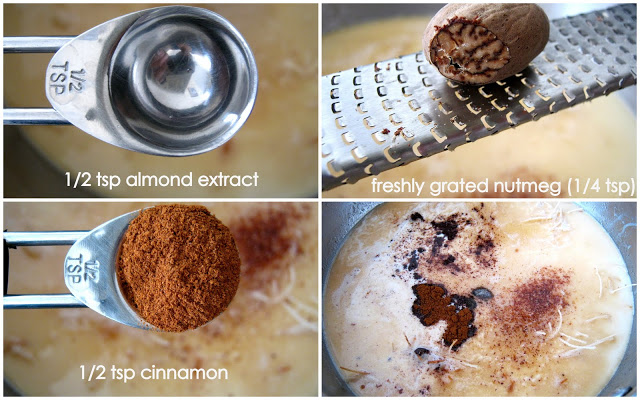 when the mixture becomes thick (about 20 minutes) and heavily coats the back of the spoon, turn off the heat. You can add some condensed milk here if desired. Remove from heat and pour into a dish. 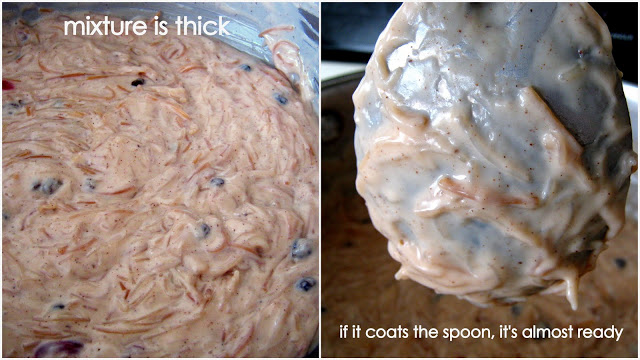 The dish I'm using is 2 inches deep and my vermicelli came up 1 ½ inches. It was nice and thick. 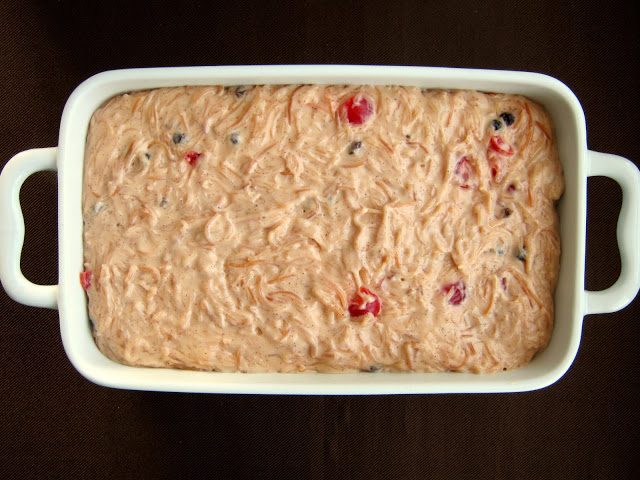 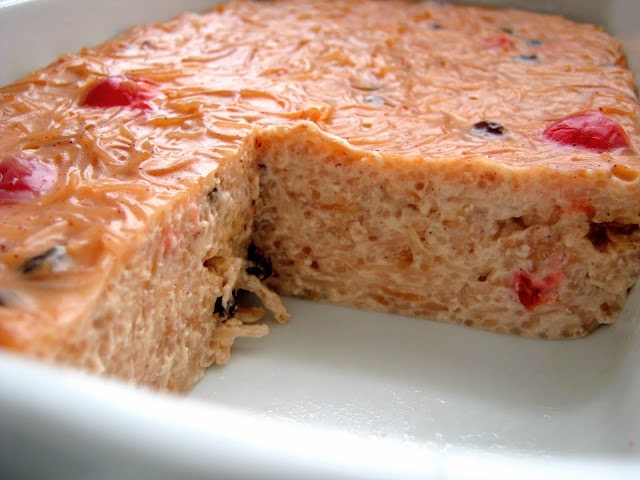 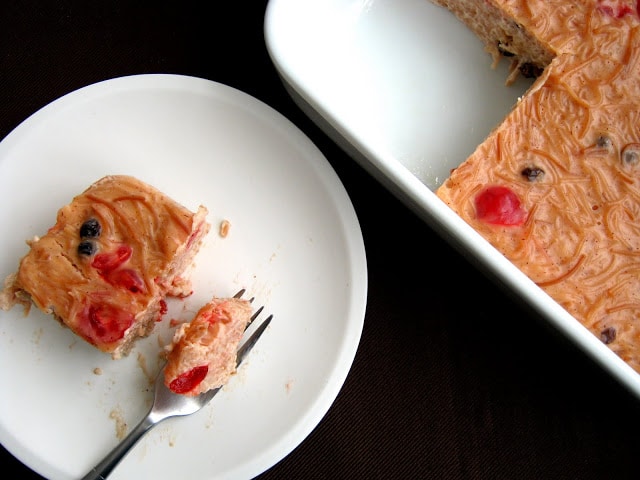 For added flavor, you can add a few cloves and cardamom pods to mixture while it is boiling. ¼ tsp ground clove and cardamom can work in place of whole spice. 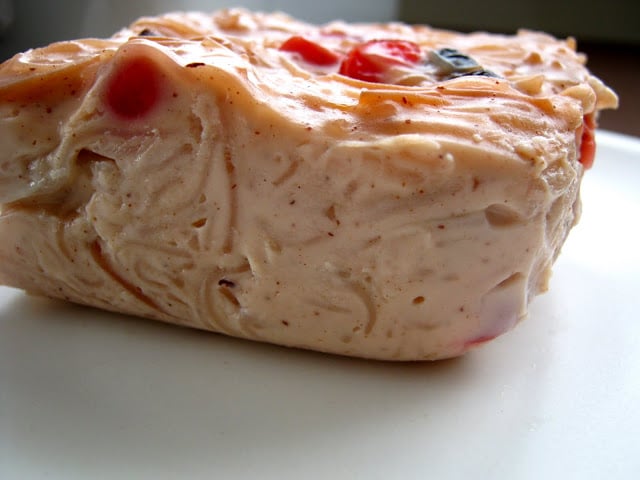