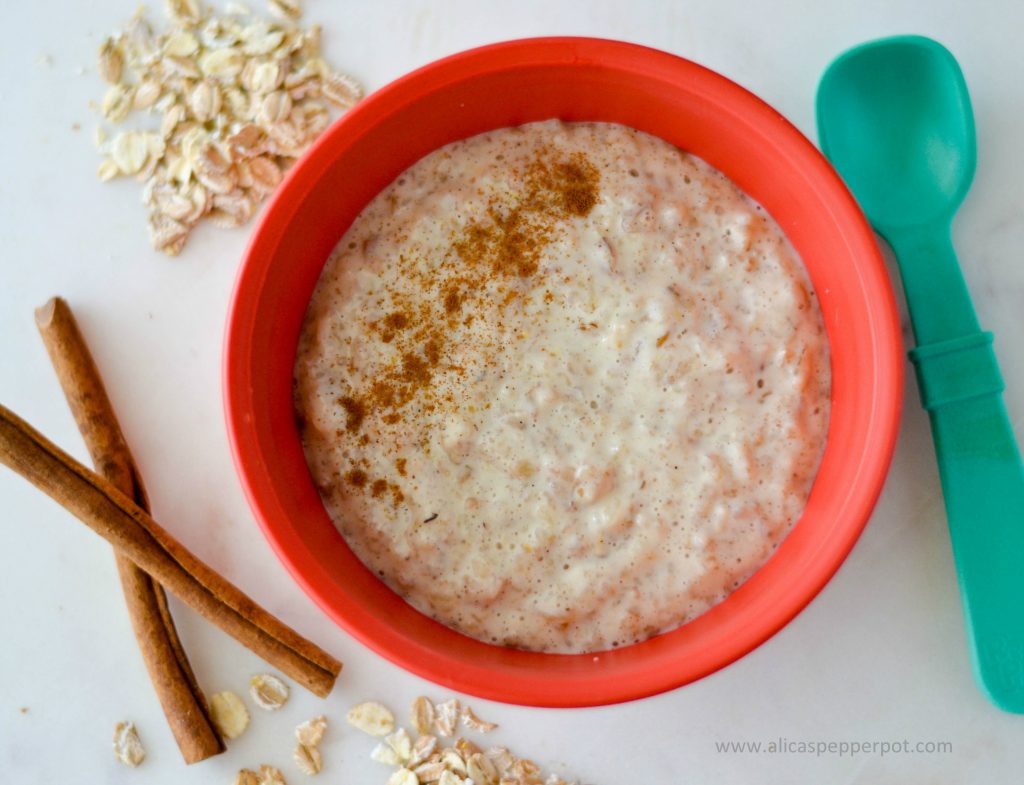 Anyone who knows me personally knows my struggle to get my three-year old to eat a variety of foods. You know those days when you don't know what to feed your kid, but there's a go-to dish you know they'll always eat? Well, this is my fallback dish. Erik would eat this oatmeal for any meal. I've fed it to him for breakfast and dinner. I do wish he ate an array of vegetables and fruit, but isn't that every parent's wish? At least with this oatmeal I know he's getting some healthy grains in his little body.

When I first introduced Erik to solids, I let him taste everything. Rice cereal constipated him so I opted for different grains. I started eating this oatmeal myself when I was breastfeeding and decided to make a small batch for him using water instead of milk (since he was under a year old). He loved it and I noticed it helped him sleep well as these grains are heavy and filling.

I wanted to feed him something that was natural and healthy. When I looked at the back of the instant oatmeal boxes to see what the ingredients were I was shocked at how much I couldn't understand. Artificial thickening agents, artificial coloring, artificial flavors and preservatives; I knew I wouldn't feel good feeding his little body all that bad stuff. I set out to find a healthier option for him and realized I had one right in my home; Trader Joes' Multigrain cereal. 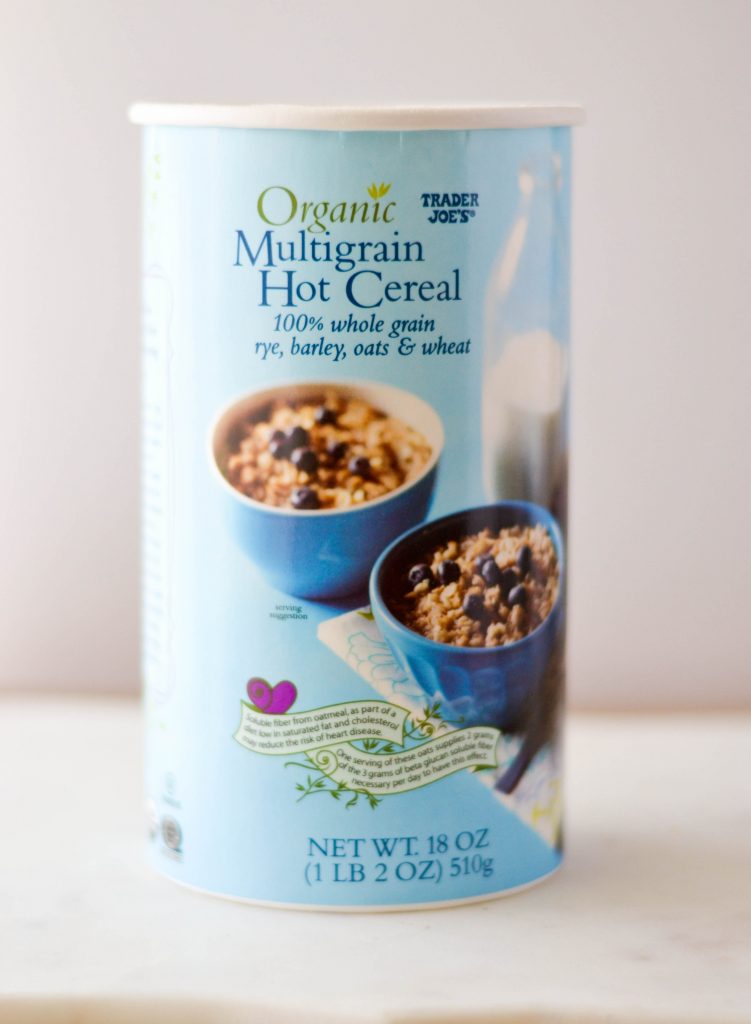 By the way, this post is not being sponsored by Trader Joe's. It is not an ad. This product is something I've used consistently for three years and love it!

I lived off of this multigrain cereal when I was breastfeeding; it really helped my milk production and kept me full for a long time. I also loved it because of the price. One pound of raw organic rye, oats, barley, and wheat for under $4.00 was a steal. The first time I made this oatmeal for Erik, he spit it right out. I realized it was because the grains were so big and chunky. The lumpy texture may not have been appetizing to him, so I decided to pulse the raw grains in a food processor. Not only would it cook faster, the texture would be easier to consume. This was the step that made him fall in love with oatmeal. When I cooked it, it plumped right up and even had a different taste. I made his version with water and spices and tossed in some fresh fruit. I did not add sugar until his tastebuds started to develop. Sometime around 18 months he became picky and wanted more flavor, I guess. 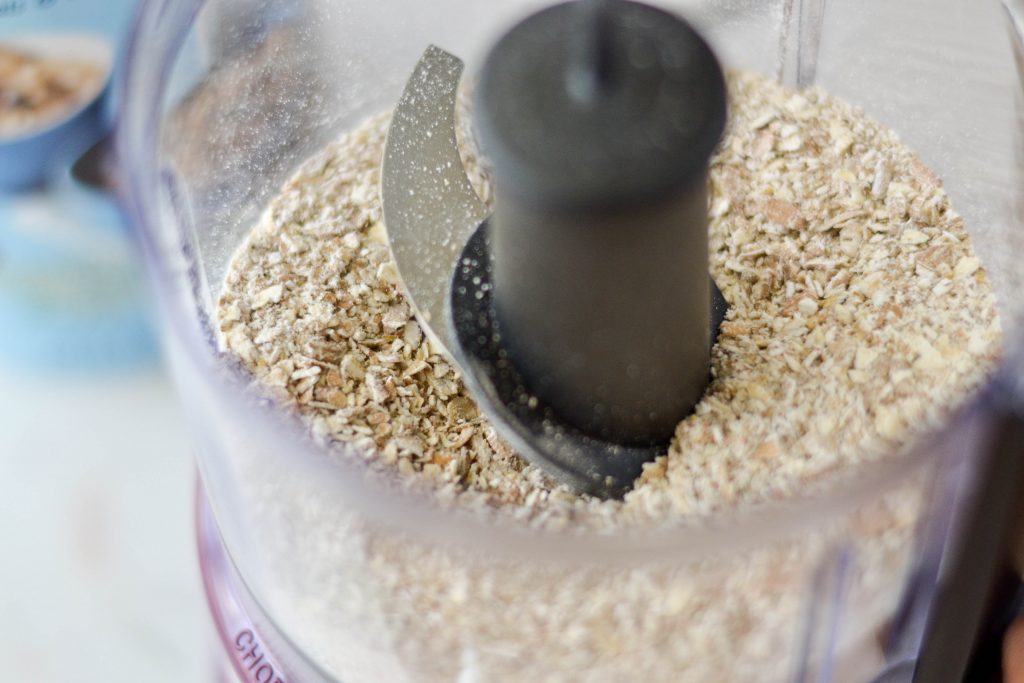 From my experience, nothing truly makes your body produce milk except for draining your breast of milk so your body can make more. The more you feed, the more milk will get produced. However, I noticed a difference in how much milk I was getting after consistently eating this oatmeal. I ate it 2-3 times a day, everyday, about an hour or so before breastfeeding my son. I also added a tbsp of brewers yeast to the mix (which is also supposed to help milk production). Another post on my breastfeeding experience to come. 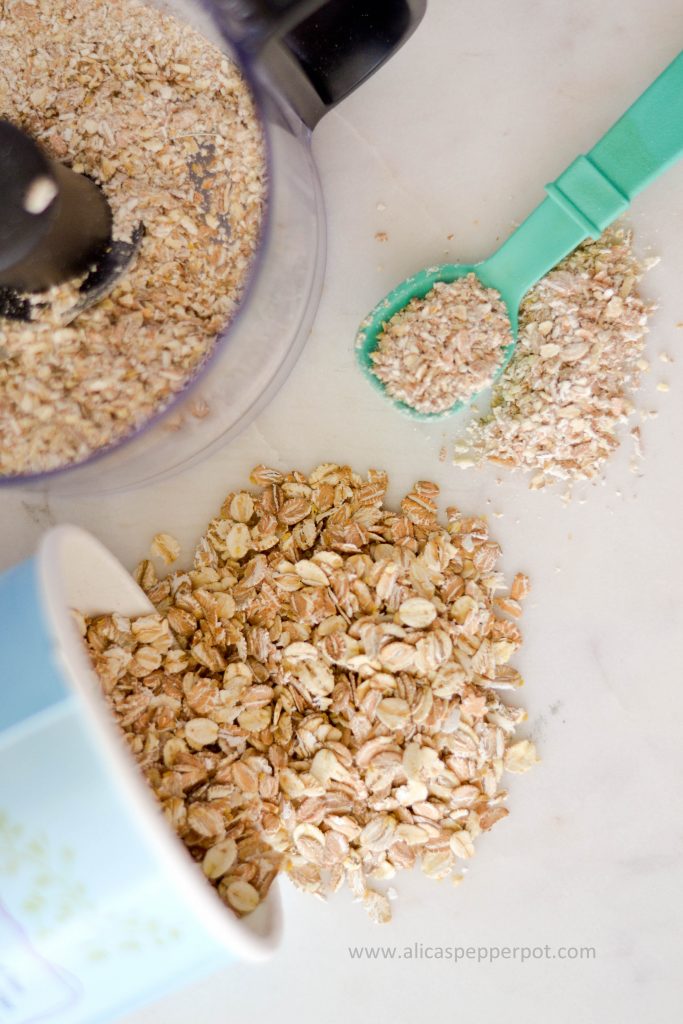 MAKE IT YOUR OWN

I make this with whole milk, but I've also used almond and soy milk. He doesn't like the taste of soy so I stick to whole or almond. Here are some other options to substitute/add to this oatmeal. 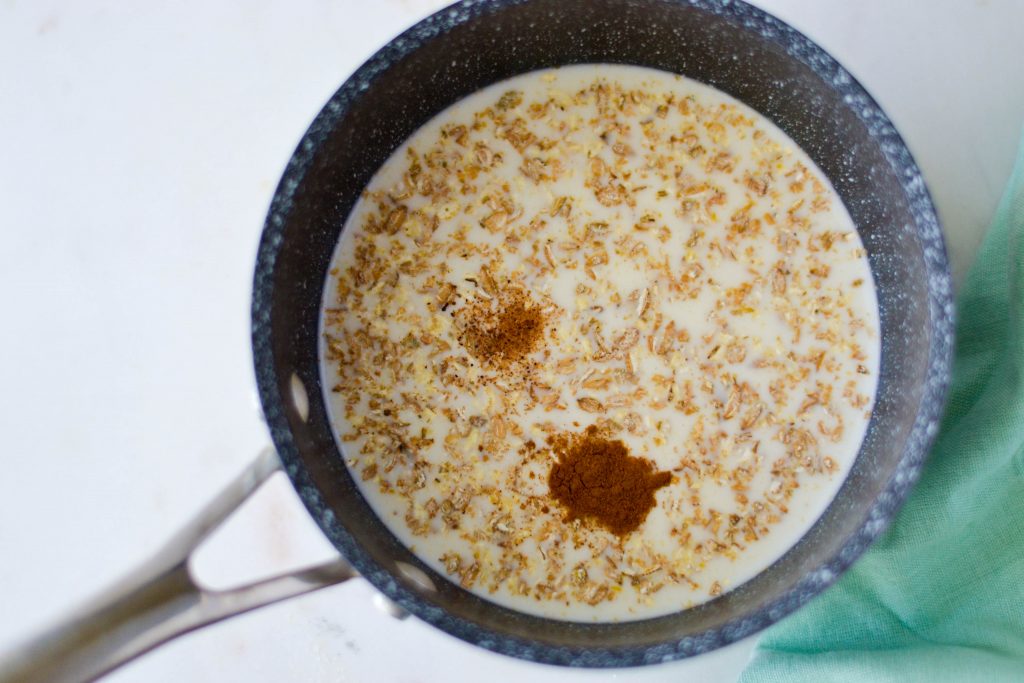 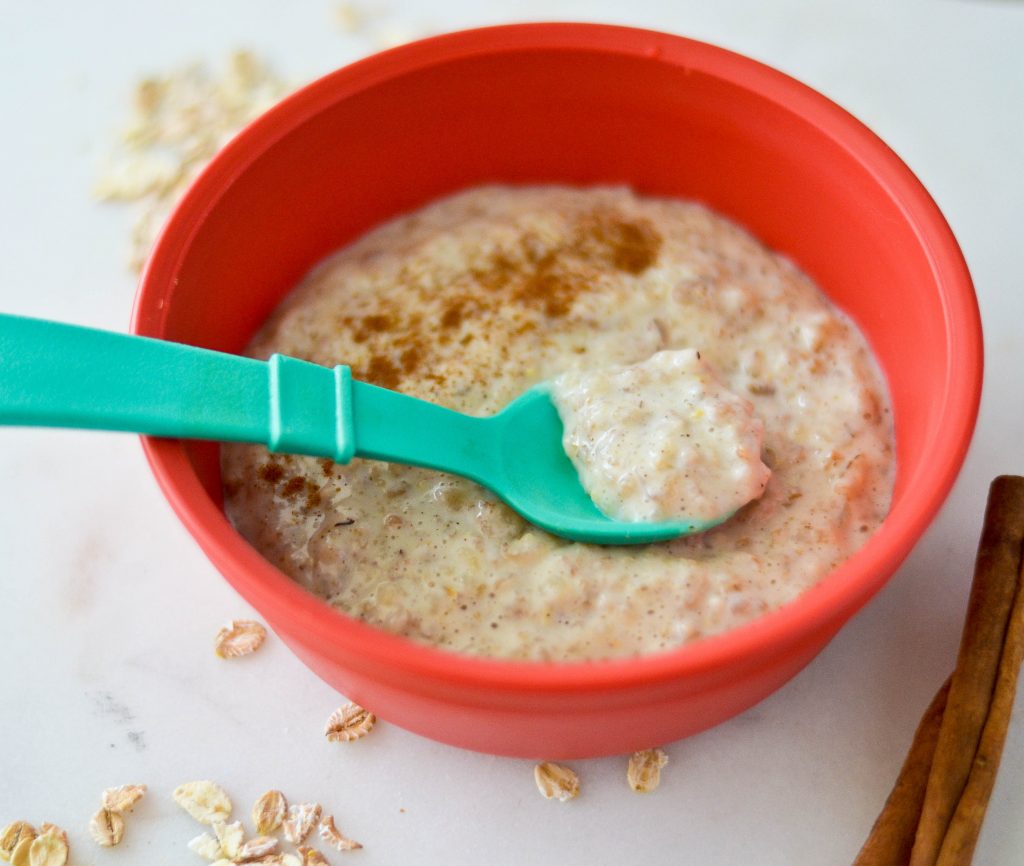 Stir frequently. Sugar may be added to taste for the bigger kids. If adding frozen fruit, add from beginning to cook with oats.