Caribbean Foods » Halwa Recipe - Celebrating the Birth of a Baby 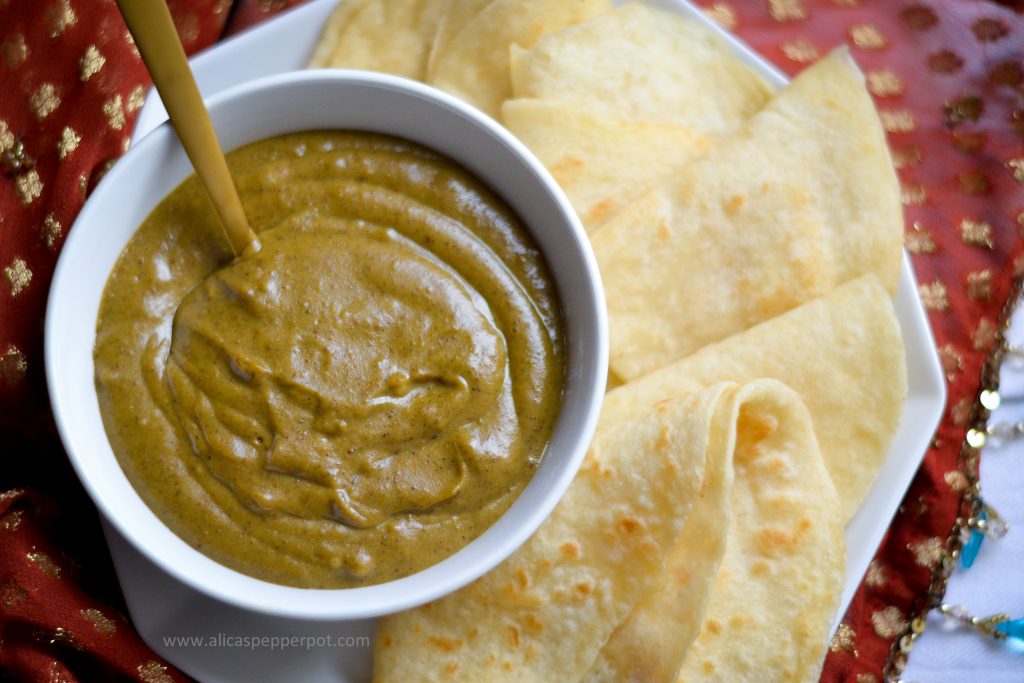 When a woman gives birth there is a connection between her and the women who came before her- they understand her pain and the type of nourishment her body needs for healing. Some cultures feed their new moms specific foods to promote health and lactation. I cherish these type of foods- ones that are made for women, by women. And although that can be said for many dishes, this one in particular is unique because it has a special purpose.

In Indo-Caribbean culture, Halwa is made after the birth of a baby and is served to the mother to help "clean out her insides" as well as aide in breast milk production. This sweet pudding starts with a robust blend of carefully selected spices (known as masala) which are ground then parched. A sweetened flour-milk mixture is added then simmered until the mixture thickens, resulting in a delicious spiced pudding. It's not the prettiest to look at and might be an acquired taste for some. This type of halwa is commonly served with dosti roti or plain paratha roti and enjoyed by both men and women alike on the 9th day after a baby is born. Although my grandmother made it for me to consume as soon as I was able to eat after having both of my kids.

How does the Indo-Caribbean version differ from other recipes?

The term halwa, is used broadly to describe different types of semi-solid reductions based from either flour, nuts, or grains. Some varieties are smooth and soupy or firm and dense, like Turkish delight. Carrot halwa seems to be the most popular type of halwa in Indian and Middle Eastern cultures, however, growing up in an Indo-Caribbean family, when my grandmother referred to halwa she was talking specifically about the halwa I am sharing with you today. She didn't only make this for new baby celebrations, it was something she made whenever all of her daughters were together or just as a simple breakfast.

Indo-Caribbeans also make another type of halwa known as lapsi (although we never call it halwa)- a basic white pudding made essentially from flour, milk, sugar, and ghee. You will typically find lapsi at Hindu prayer ceremonies or jhandis. Check out this recipe for lapsi and puri from Matthew's Guyanese Cooking on Youtube. He does a wonderful job explaining his techniques and his food looks delicious! 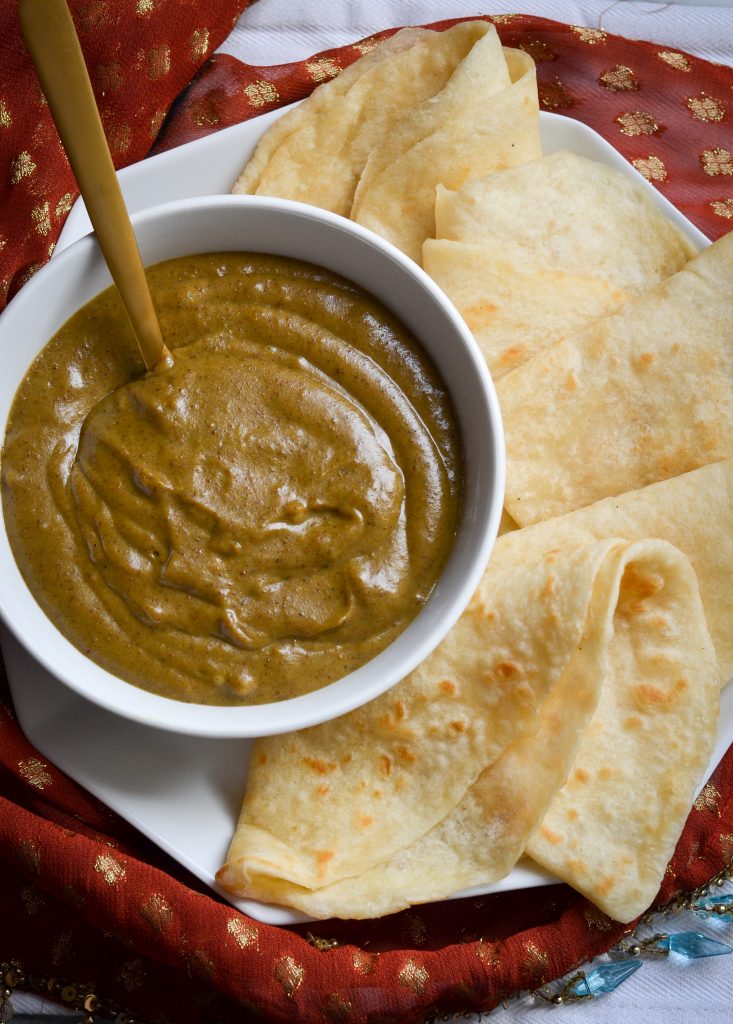 About the Texture, Color, and Taste

The variety of halwa textures vary based on person. My grandmother's version is smooth and loose, while others make this a little more thick like a rice pudding texture. The pudding needs to be smooth and not lumpy. The lumps can be a turn off which is why the mixture is passed through a sieve when cooking. The color will vary based on the type of halwa masala used. Some are lighter in color, while others dark as chocolate. My grandmother adds turmeric to the pre-packaged masala to lighten up the color. Lastly, the taste is sweet and mildly spiced. This recipe has a little condensed milk which helps with a balanced sweetness. 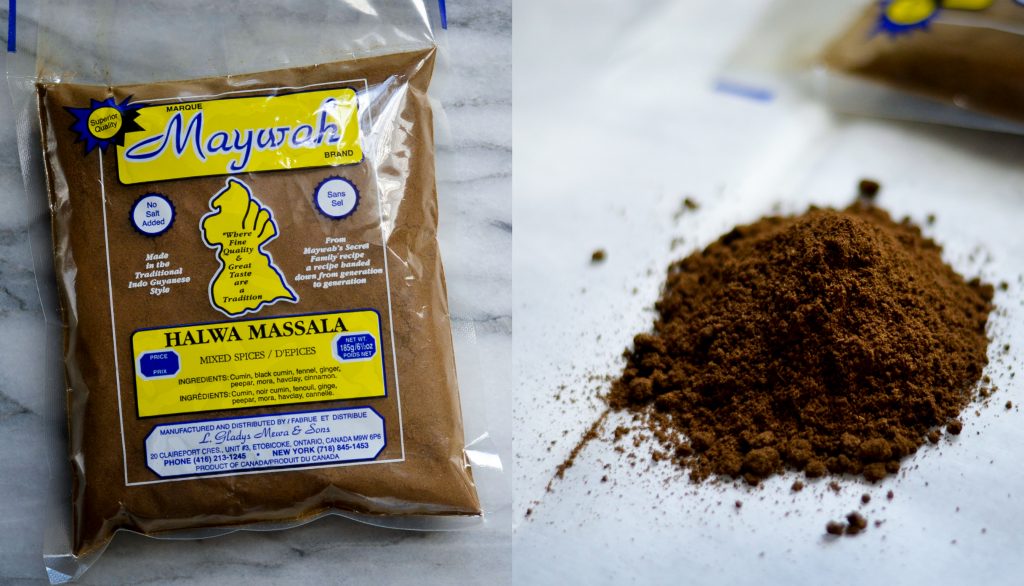 Halwa was not the first food on my mind after giving birth. To be honest, I really just wanted pizza (shrugs shoulders). However, after seeing the careful steps my grandmother took in preparing this dish for me, I realized the spiritual essence of these type of foods serve to construct and sustain our community and authority as women. The preservation of indigenous culinary practices relies on the ability to make traditional foods such as halwa and as an Indo-Caribbean woman, I feel incredibly proud to share this special recipe with you all.

My grandmother's halwa was always smooth in texture and balanced in flavor. The spices were not overly strong and it had the right amount of sweetness. The condensed milk certainly helped with the creaminess. She also adds more ingredients to the masala mixture. She says it has to have a "zing," so she jazzes it up to her liking by adding fresh ginger, black pepper, and turmeric. I don't recognize some of the other spices in the masala mixture and she only knows them by appearance. The spices we don't recognize are peepar, mora, and havclay. If anyone knows another name for these spices or what they look like in whole form, please comment down below! 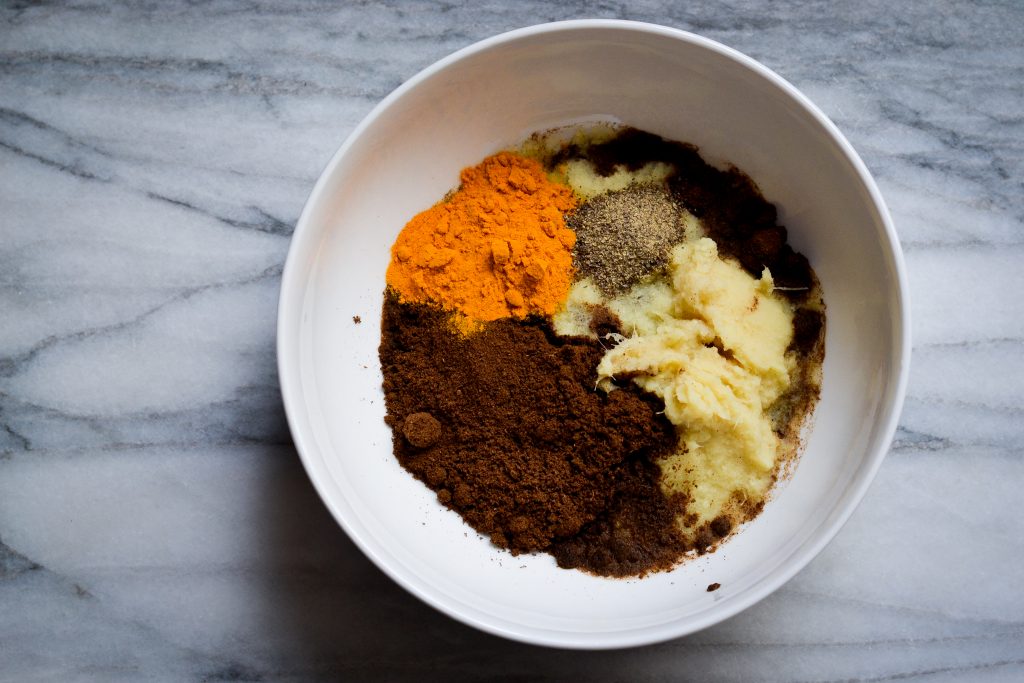 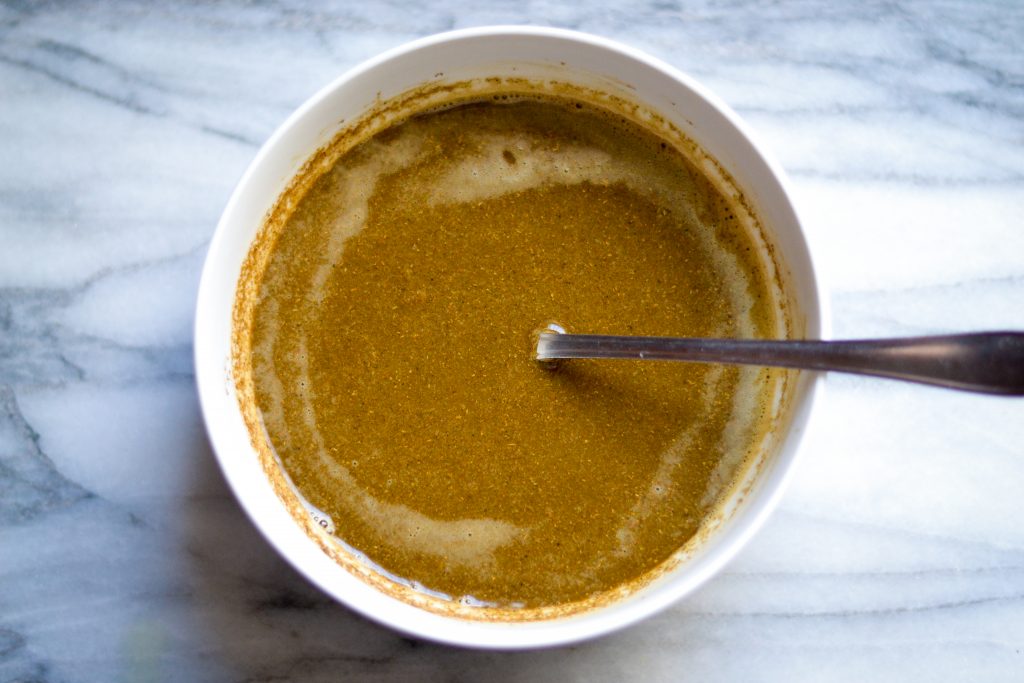 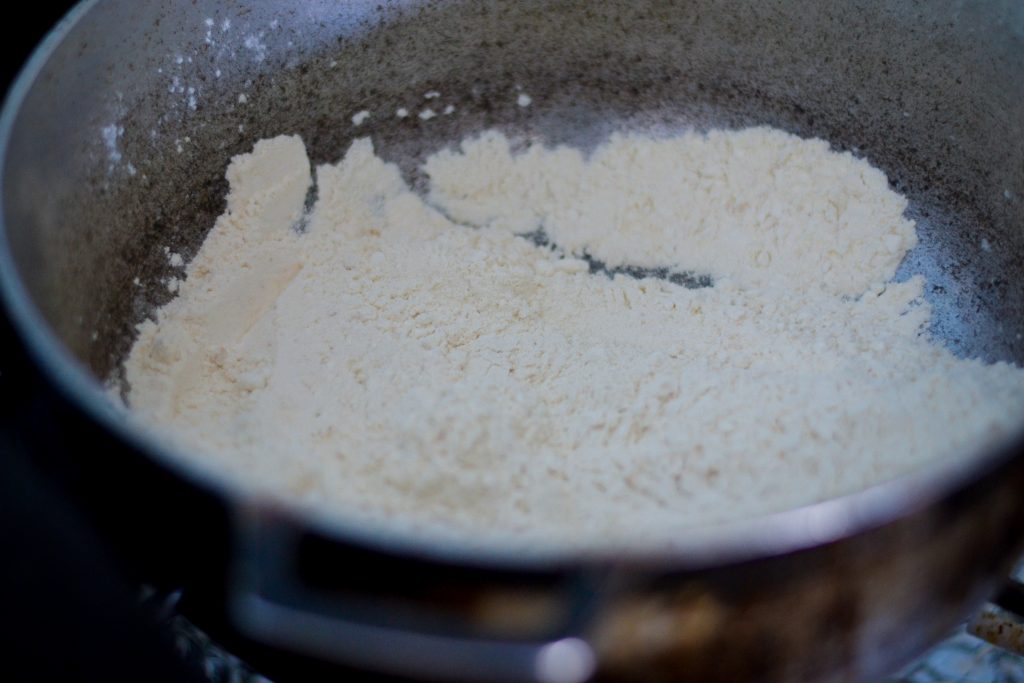 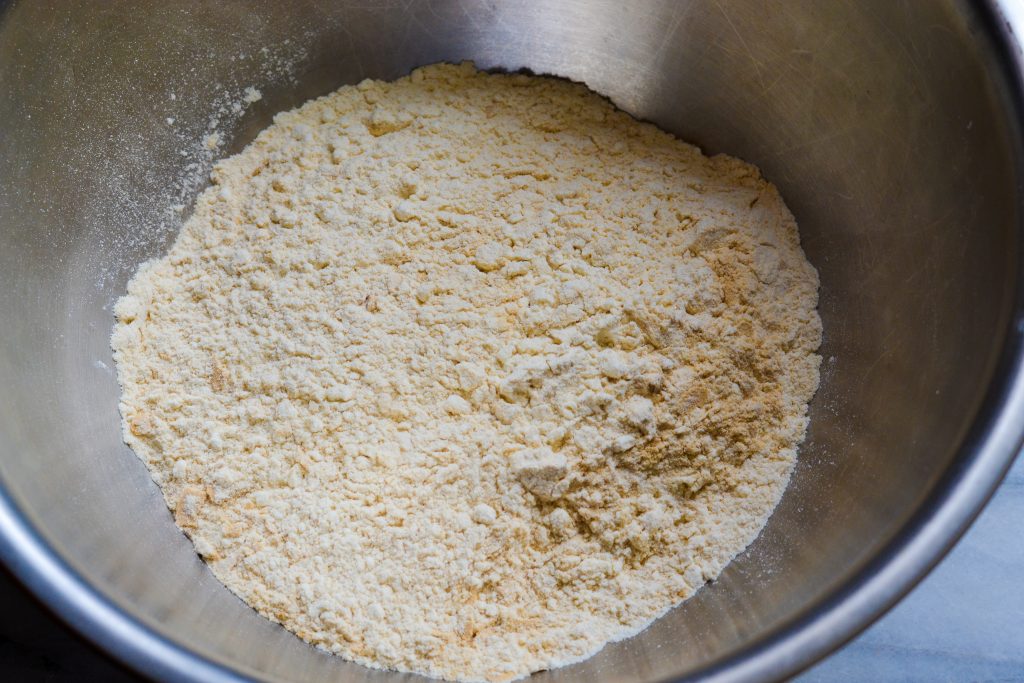 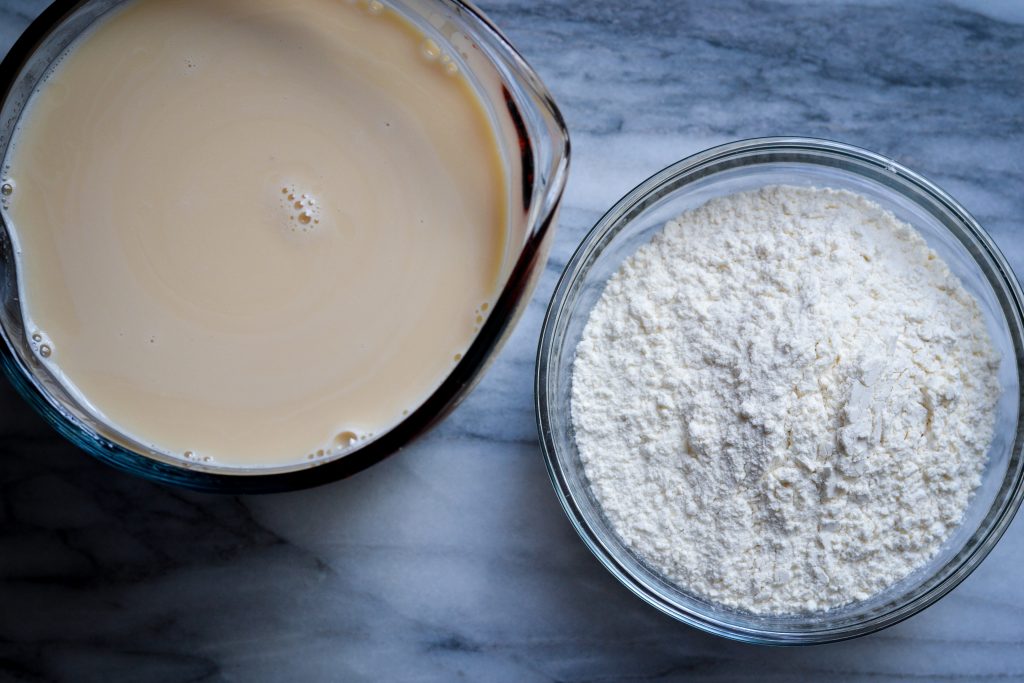 Lumps will form, but don't worry as this will get strained through a sieve. 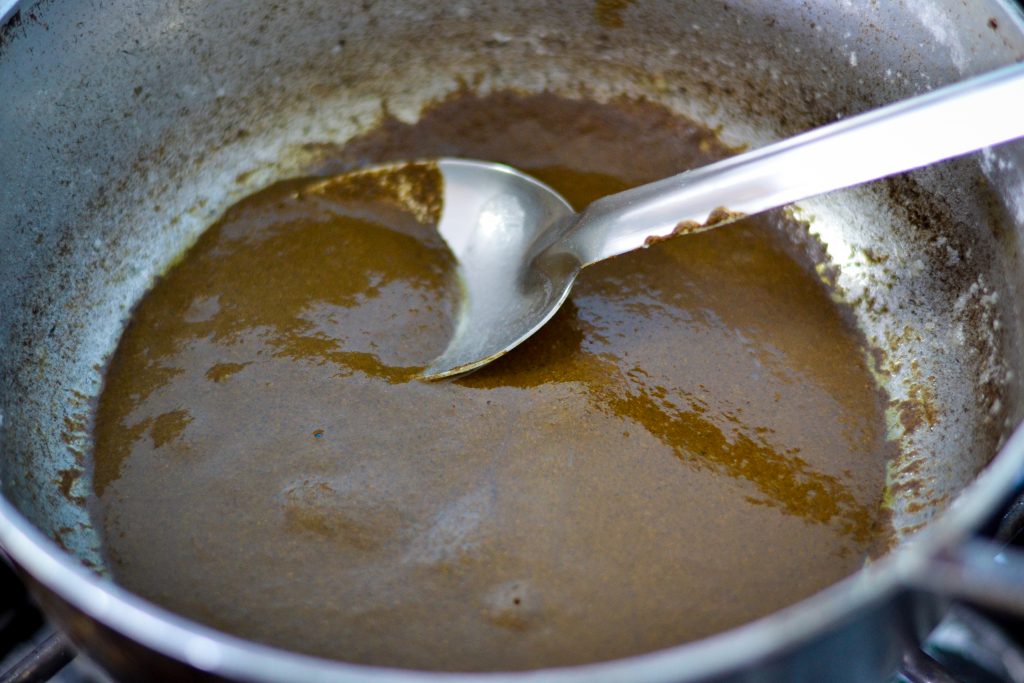 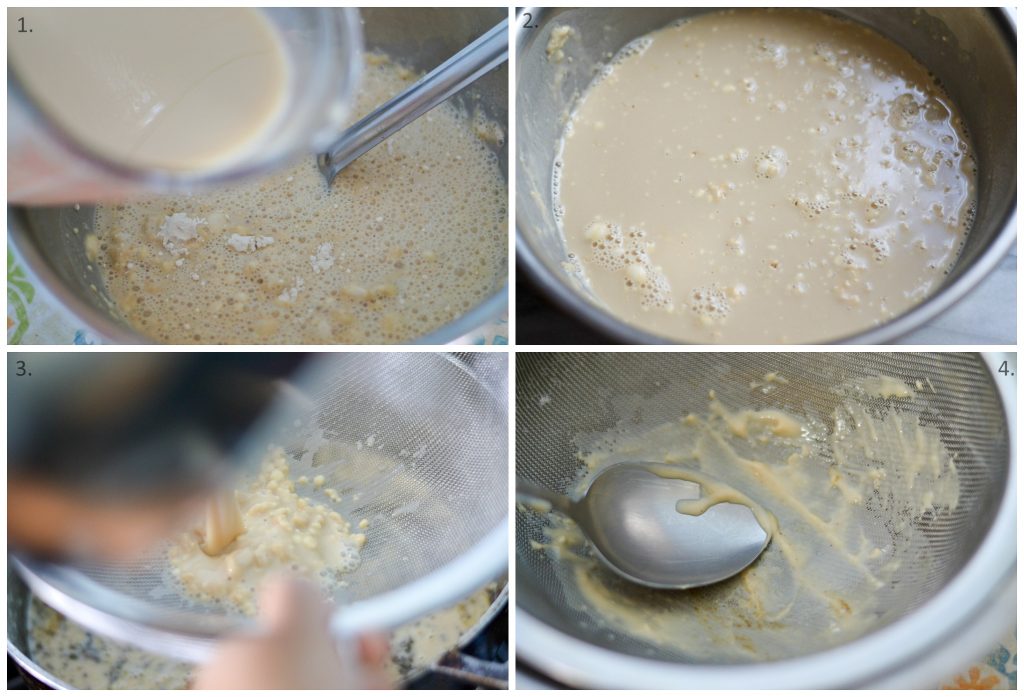 After pouring milk mixture into flour mixture. Pour over sieve into pot with masala. This will remove all the lumps. 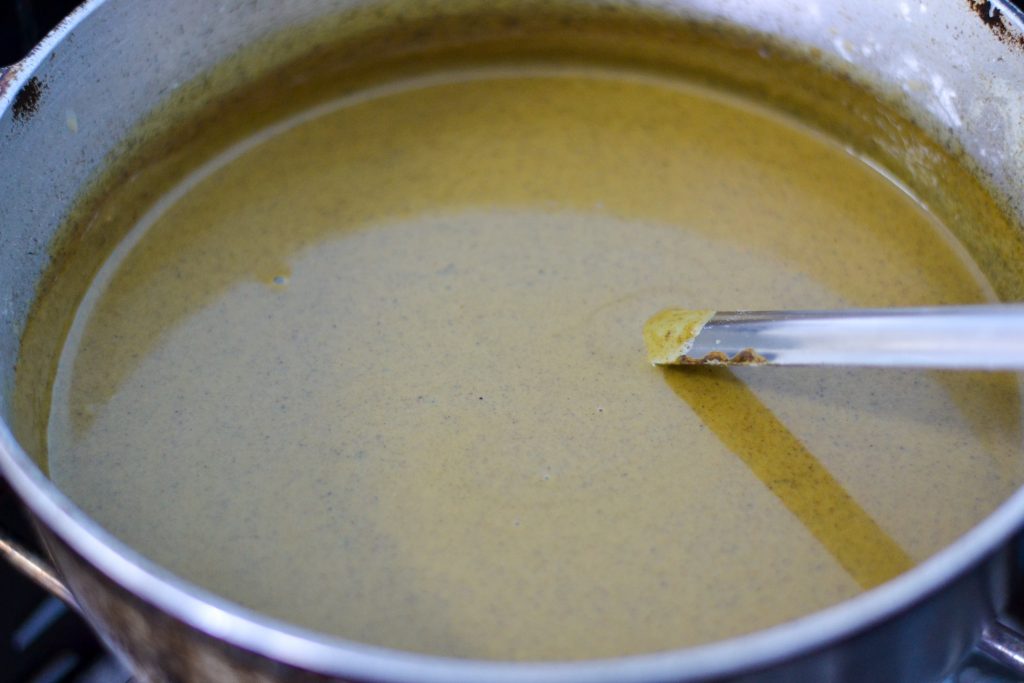 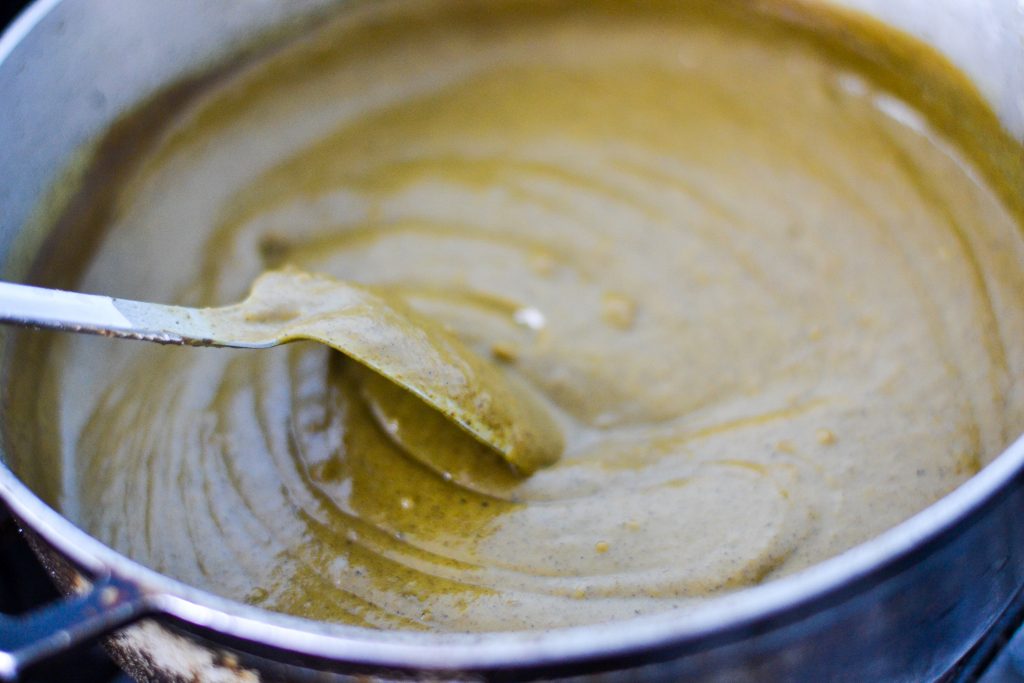 Once the milk mixture is added to the masala, the pudding comes together within a few minutes and will continue to thicken. 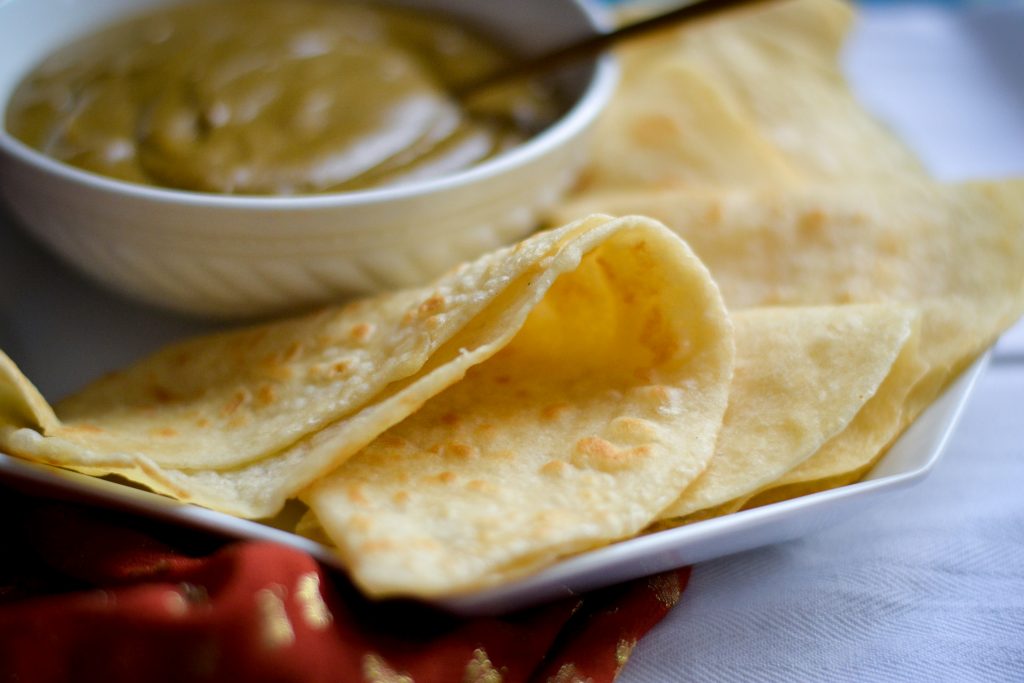