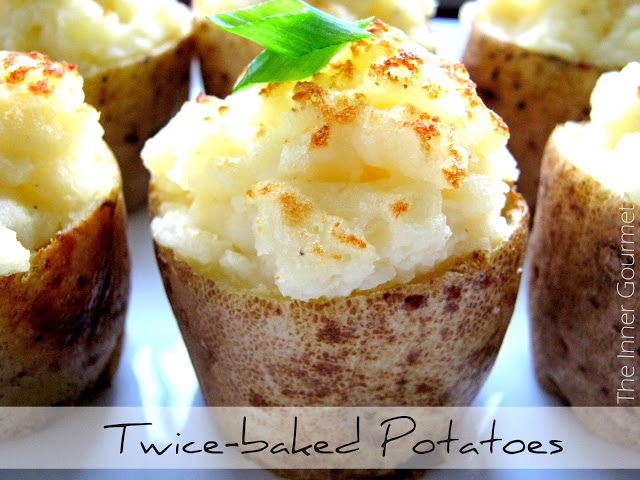 Every Thanksgiving table is bound to have potatoes. I mean how could you not, right? It's not Thanksgiving without the po-tatas! We tend to have smaller Thanksgiving dinners so I love creating sides that are a little fancier. These twice baked potatoes come together rather quickly but take a little extra step in prep. I promise they will look awesome on your table and they taste great, too! 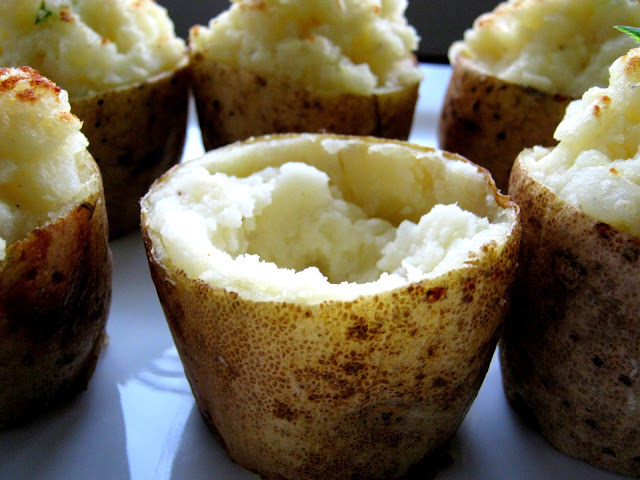 I'll be honest, if you have more than 10 people coming over for Thanksgiving, then maybe mashed potatoes might be a better idea for a larger crowd. This potato dish works well for a smaller group just because of the extra effort you have to put in to make 'em look pretty. 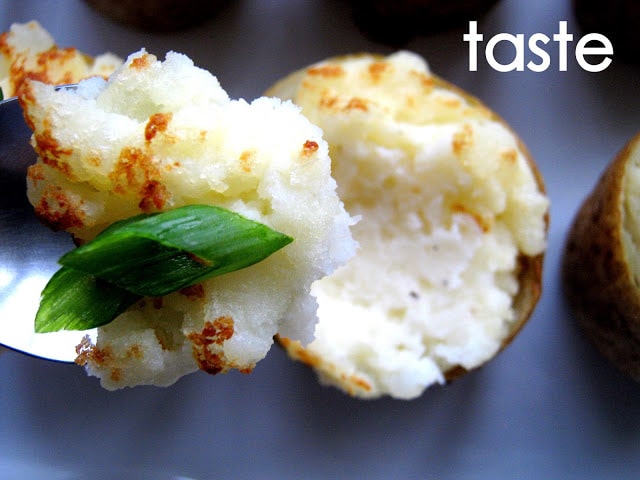 These potatoes are typically sliced horizontally like this, but I like to slice them vertically because they sorta look like little potato cups, if you will. They are great for individual servings and are pretty easy to make once you get past the part where you have to scoop out the insides. 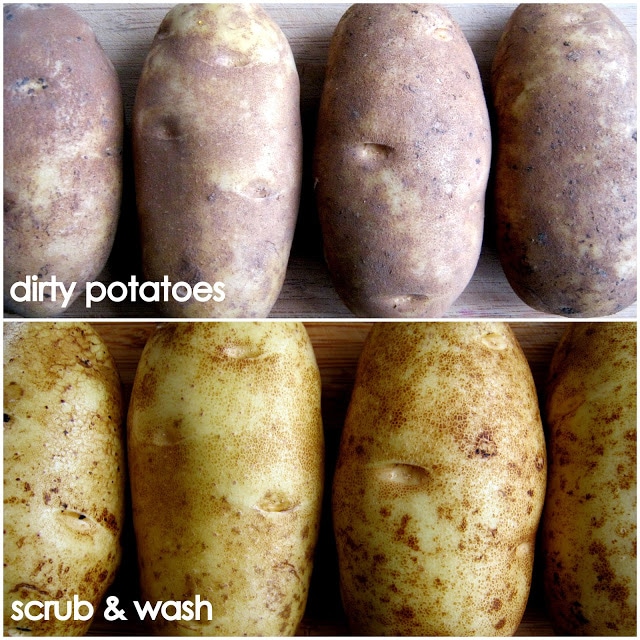 I used 4 large russet potatoes. Russet potatoes are best for this dish because they are long enough to cut the ends off and then cut in half while still holding a good size for an individual portion. 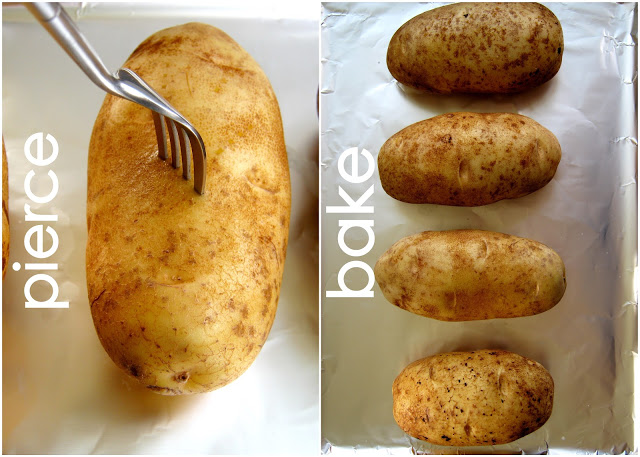 Four large potatoes will give you 8 individual servings. I baked these for 1 hour, scooped out the centers, mashed and seasoned them up, put the potato mixture back into the potato skin, and broiled them for 2-3 minutes. 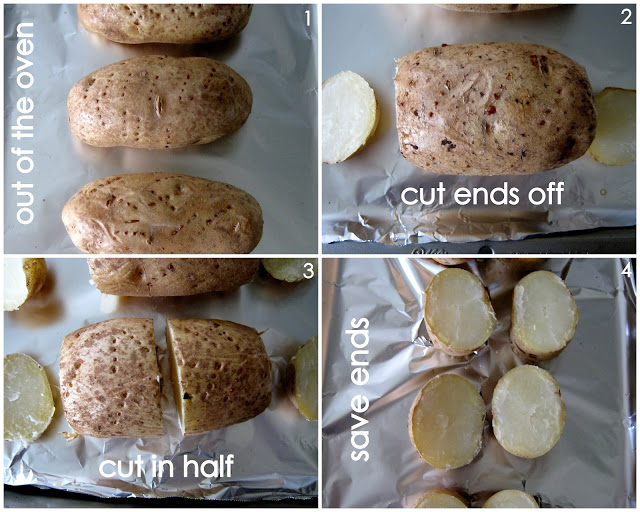 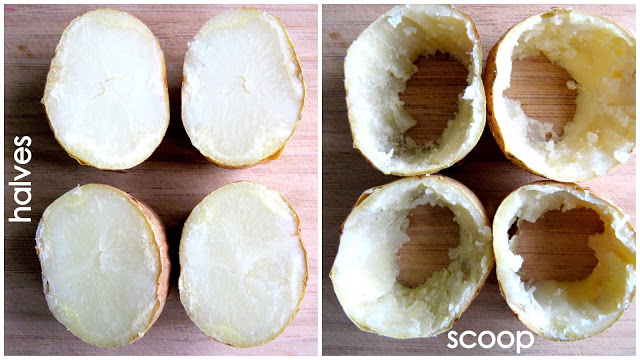 Twice baked potatoes usually are topped with cheese and bacon, add whatever you think your guests will enjoy. The hardest part is scooping out the potato from its skin without breaking the skin. I used a knife to help carve out the center to make scooping easier. 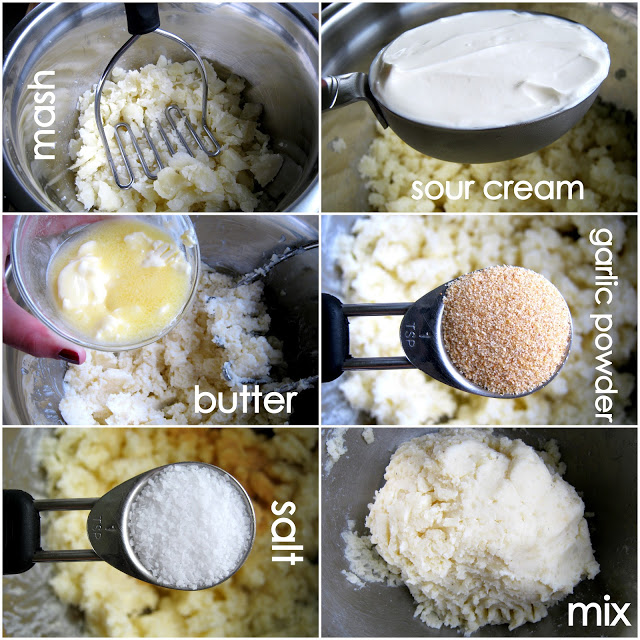 After mashing the potato mixture, fill each potato cup. 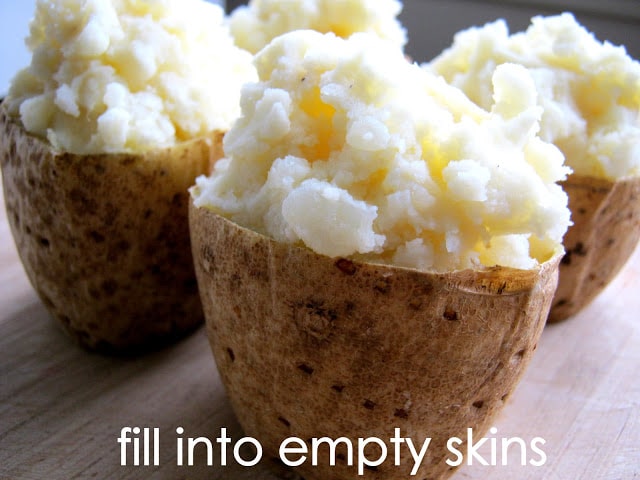 Cut the scallions and set them aside. I cut mine on a bias or "angle" they look really pretty this way and will definitely give you points for presentation! 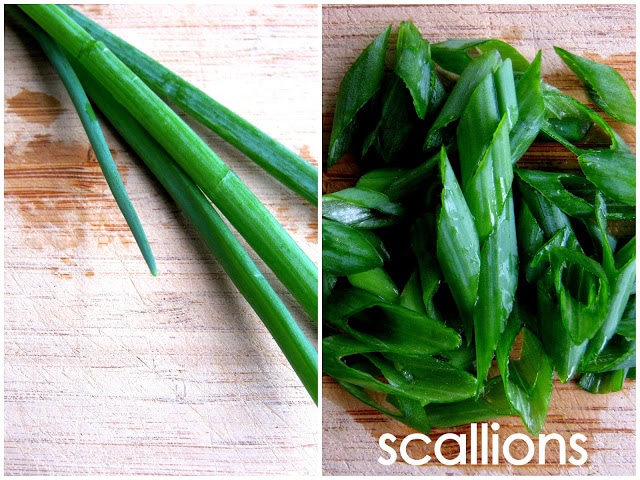 Once you are done stuffing the potato skins, spray a little oil on the tops and put them under the broiler. This will give the top of the potato a nice crust and a pretty golden color as well. You could also put cheese on it and put it under the broiler to mmelt. Garnish with scallions after pulling out of the broiler. 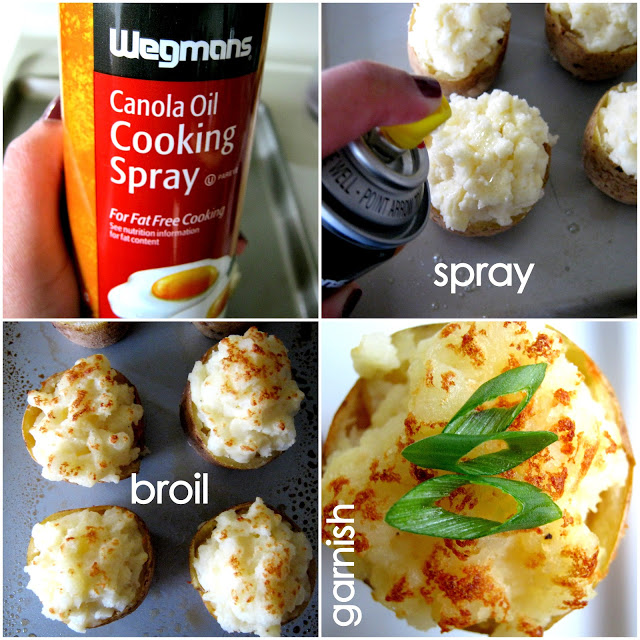 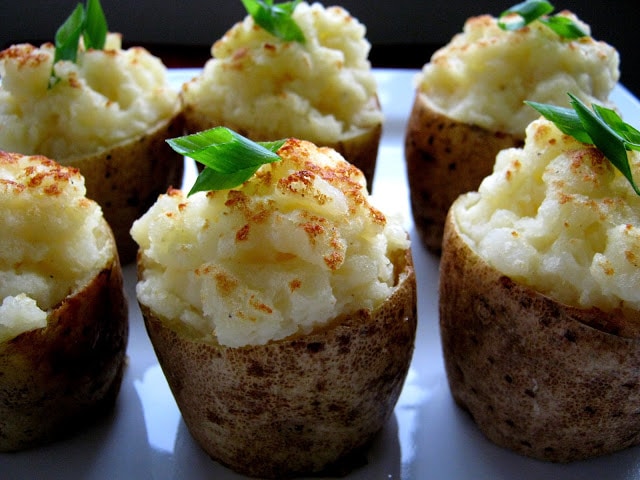 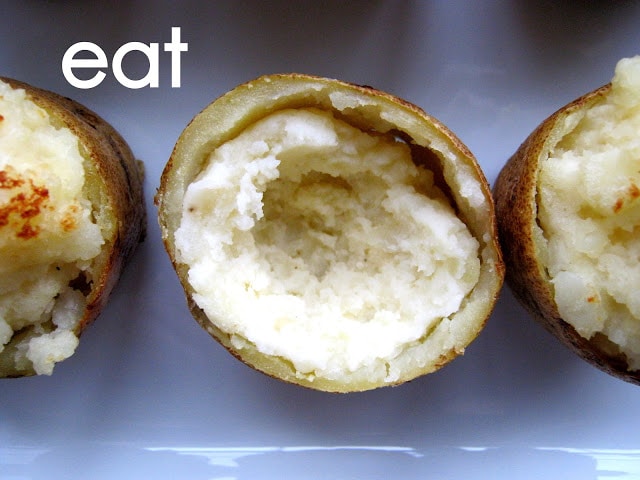