Plait bread is a type of braided bread (plait, meaning to braid or interweave) and is the most popular bread in Guyanese cuisine. It can be eaten for breakfast with various spreads, dipped in tea, toasted with butter, and completes a wonderful pepperpot meal on Christmas morning. Many might compare this bread to challah bread because it looks similar in appearance, but the main difference is plait bread does not usually contain any eggs.

This was the bread I grew up eating instead of grocery store shelf bread, so naturally after moving away from home and not having access to Little Guyana Bake Shop or Sybil's Bakery in Queens, I had to figure out a way to bake this on my own. This recipe has been quite a while in the making and I am sure I'll continue to learn new methods and techniques over the years which I promise to share with you.

About the appearance of the bread 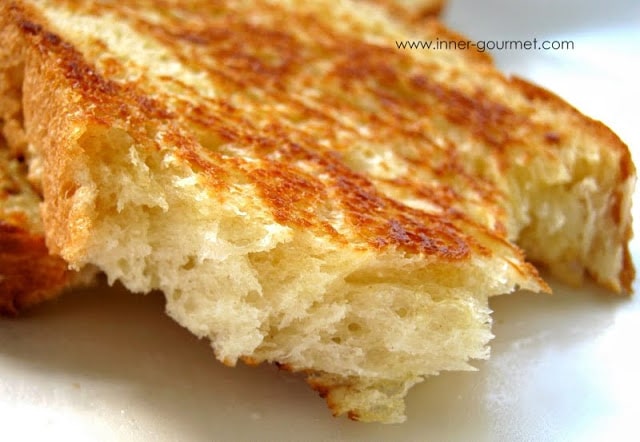 Proof the yeast in warm water, if you don't have a thermometer, just make sure the water is lukewarm. Add 1 tsp sugar, give it a stir and let it bloom for 6-8 minutes. 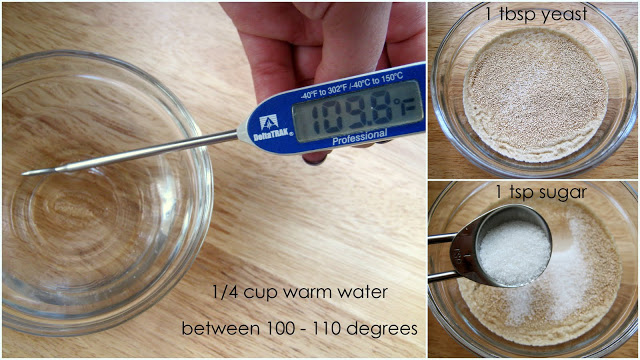 This is how it will look after blooming. 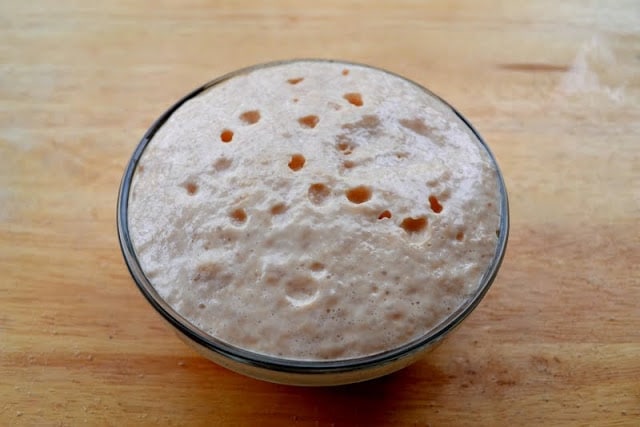 In a mixing bowl, add sugar, flour, salt. Mix all ingredients by hand or with a whisk to combine. Add all the liquid ingredients at once. Knead to form a pliable dough.

After kneading, place the dough ball in a well-greased bowl. Allow to rise about 1 hour. This is known as the first proof. 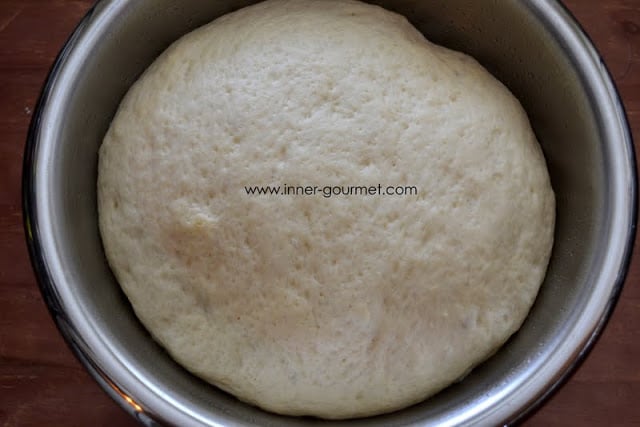 Gently poke it down to deflate. 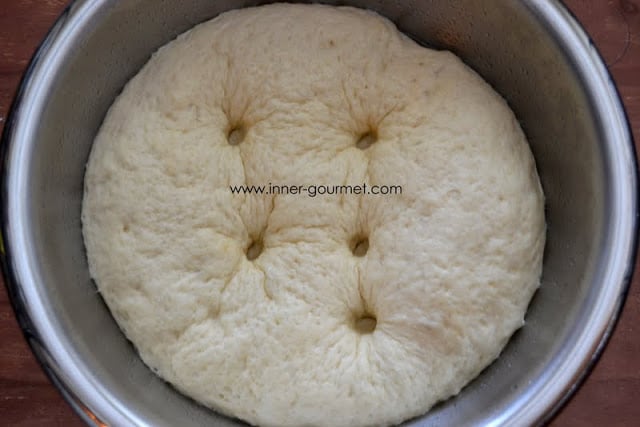 Knead by hand for a couple of minutes or return to stand mixer to knead. 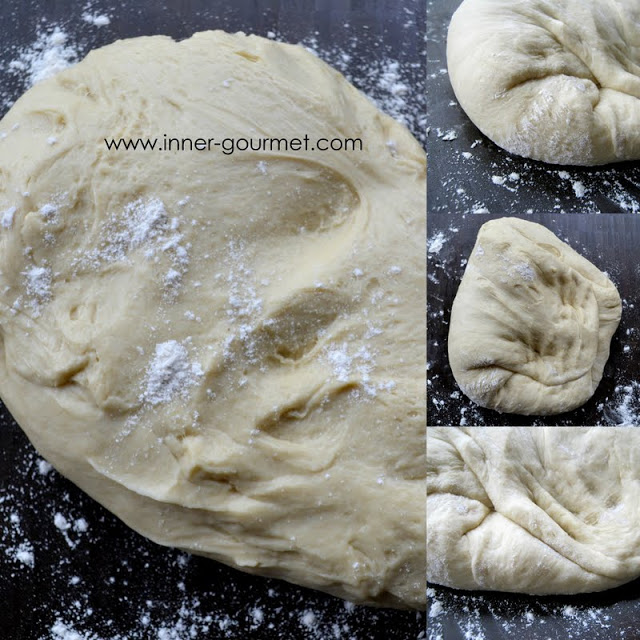 Cut a small piece of dough to be added on top of bread- this is optional. You can also just cut the dough into three equal parts.

Roll each dough ball in between your palms, leaving the middle a little "fat." 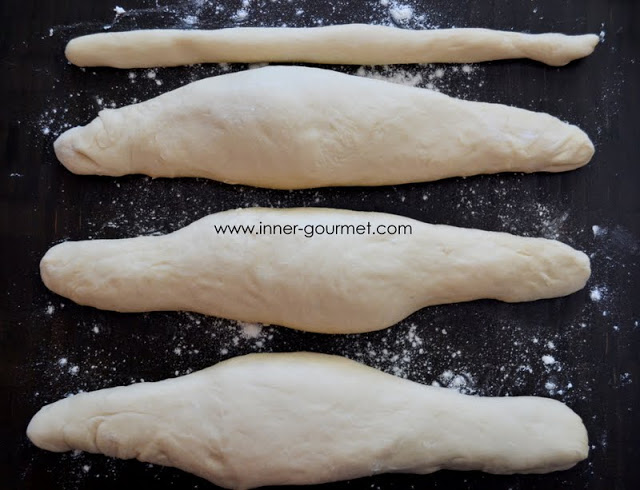 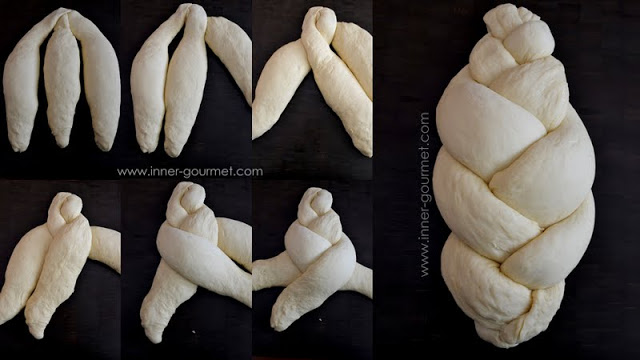 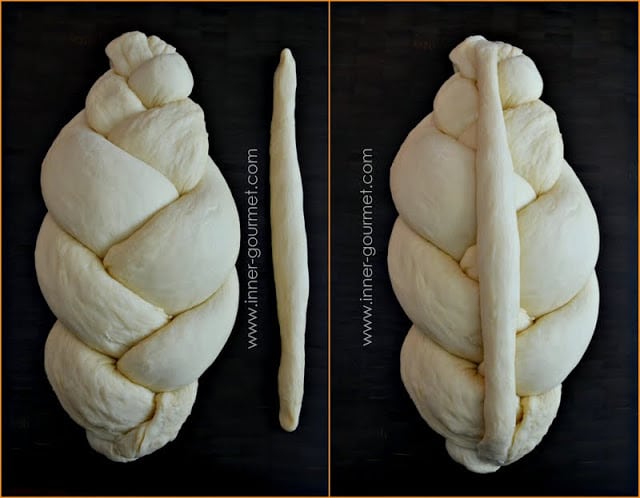 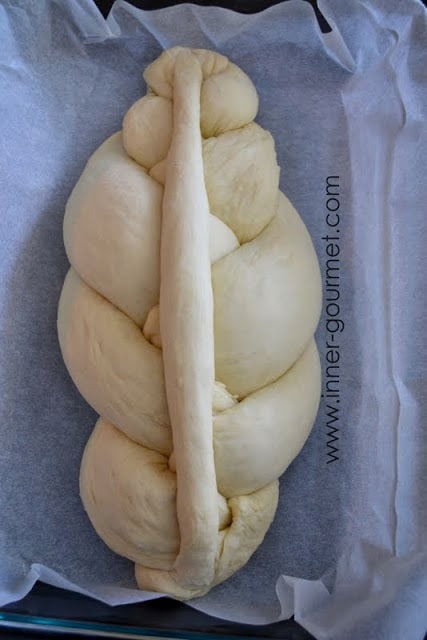 Allow rising in a cool oven or microwave until double in size, about 35-40 min. This is known as the second proof. 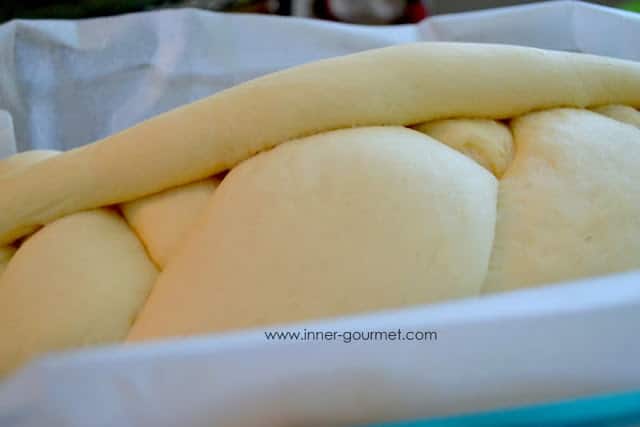 Bake at 350 degrees for 22-25 minutes. After removing from oven, rub some melted butter on top. 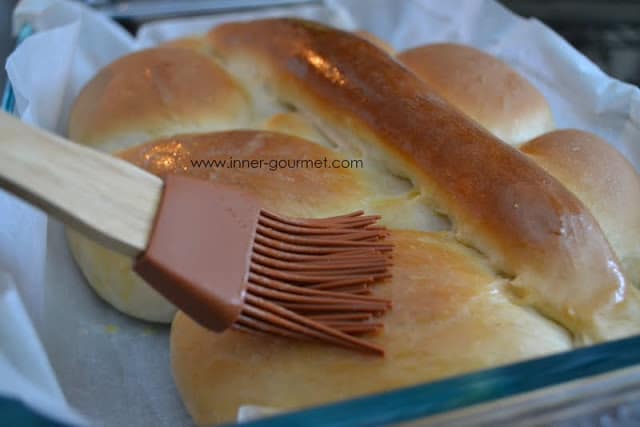 And cover with a towel and leave it for a few minutes. 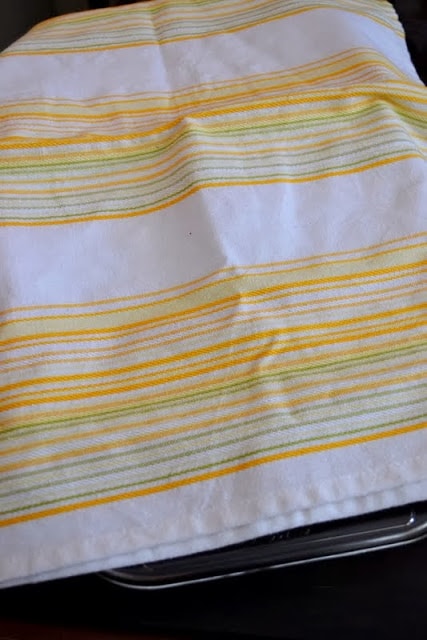 Then you can slice it up... 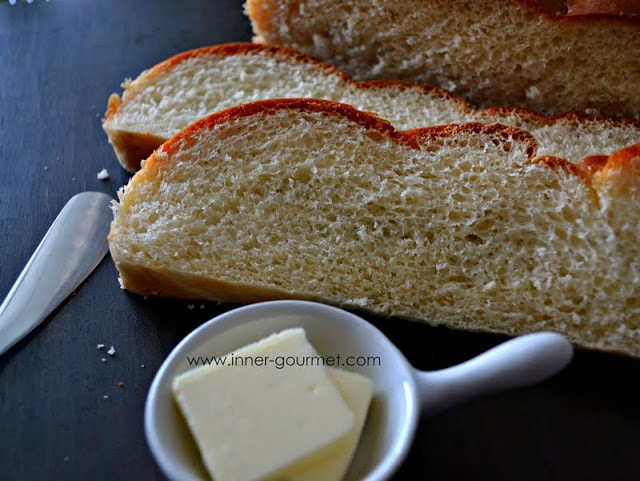 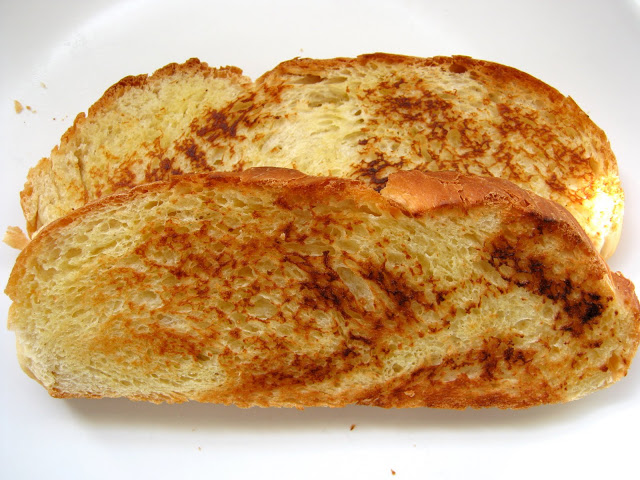 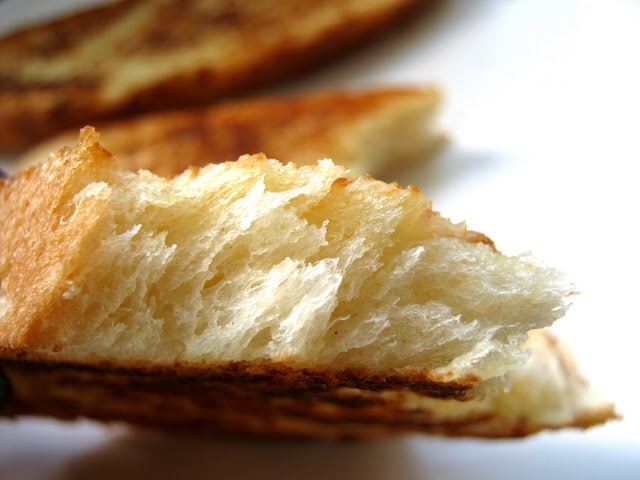