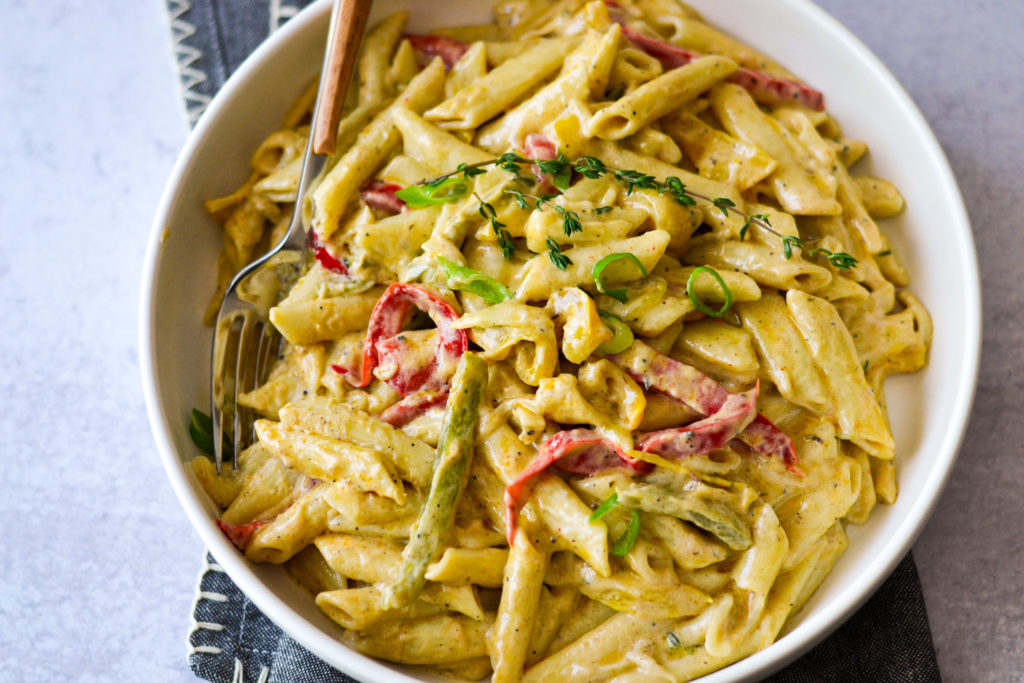 Rasta Pasta is a Caribbean inspired pasta dish seasoned with jerk spices and tossed with colorful bell peppers. The name of the dish stems from Rastafarian culture. True Rastafarians do not consume any meat, shellfish, or animal by products such as dairy in their diet, which is why this pasta is typically made vegan. However, many non-Rastafarians like to add protein to sort of complete their meal. You'll often find on Caribbean restaurant menus that shrimp or chicken are popular add ons. What I love most about this pasta is the sauce trickling through the penne; there's a burst of spicy sauce with every bite. 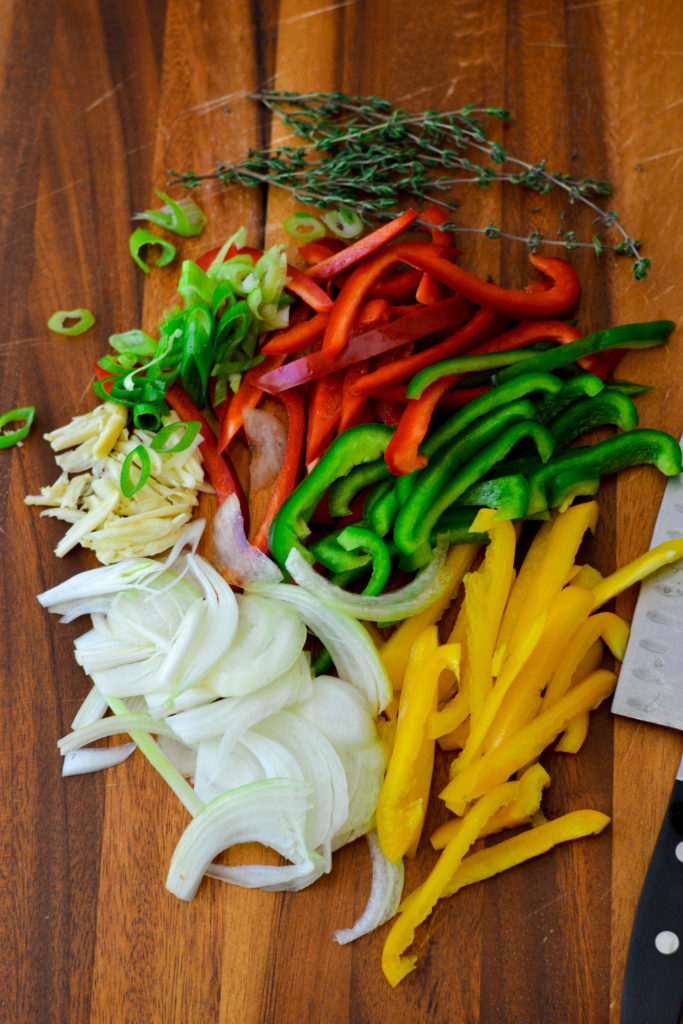 I first had a variation of this dish at Sugarcane, a restaurant in Brooklyn, NY. Whenever my husband and I would visit my mother-in-law in NYC, we'd always take a stroll down to Sugarcane for dinner and drinks. Last summer I was finally able to dine at Footprints, also in Brooklyn, NY and well known for their Rasta pasta. We went to the Flatbush location and I of course ordered the Rasta pasta with shrimp. Oh my god! It was the best thing ever! I remember the shrimp was cooked perfectly, not rubbery, and perfectly seasoned. The pasta itself was luscious. So saucy, I needed a napkin to wipe my mouth with each bite. 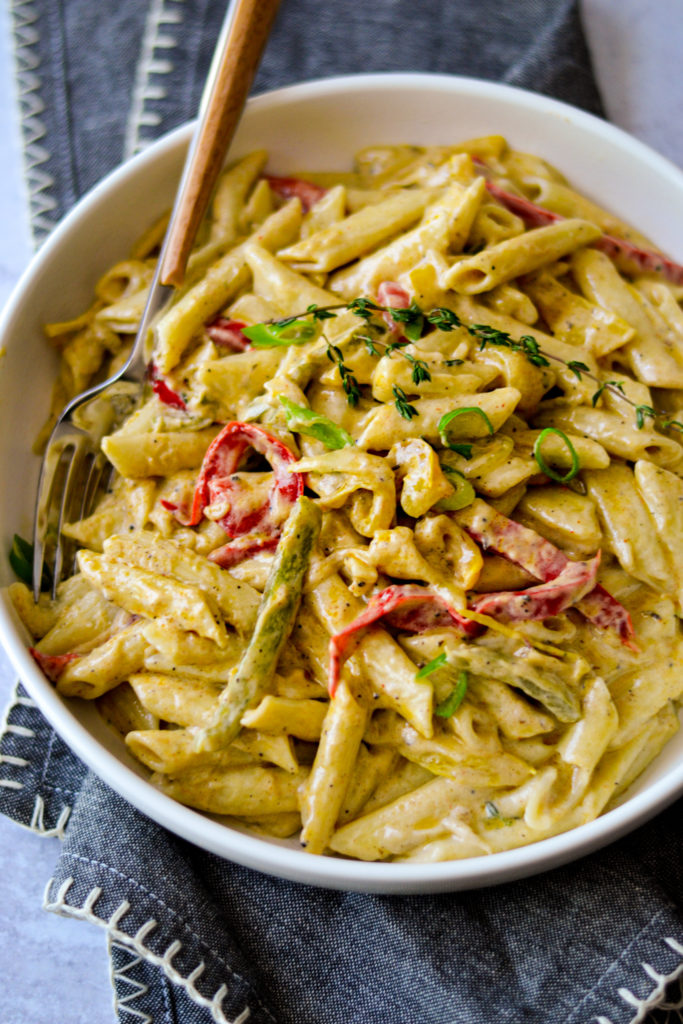 In my version, I've used coconut milk to keep this dairy-free as dairy is no longer a regular part of my diet. When I did eat dairy, I would add parmesan cheese to the sauce and it was just so creamy and satisfying! If you're not a fan of coconut milk, especially canned coconut milk, cashew milk is a good option here. 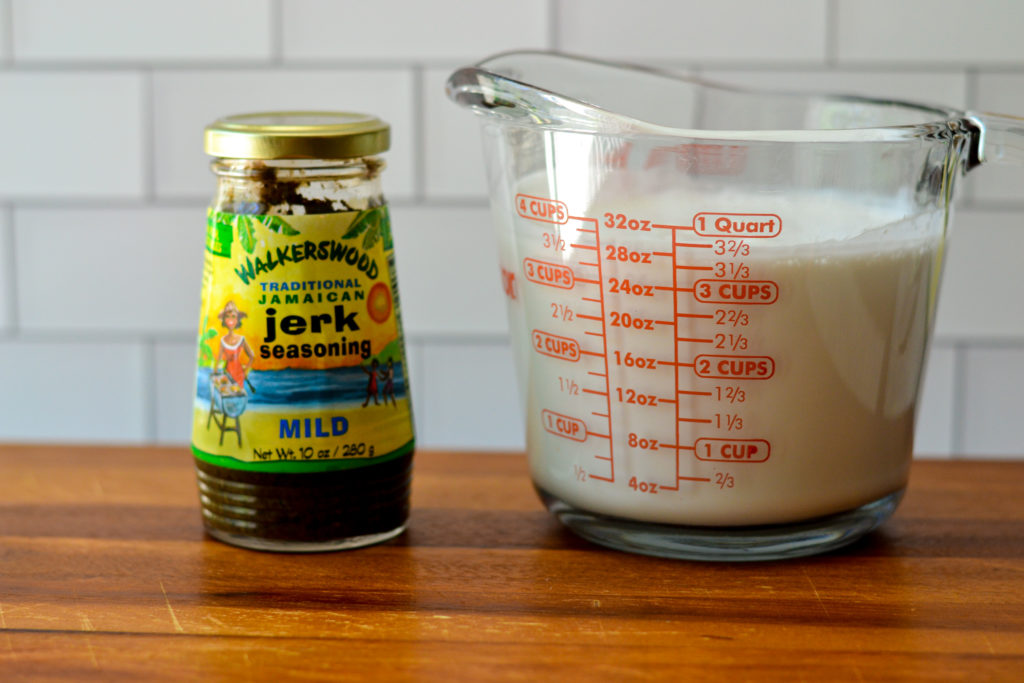 Substituting with a good quality coconut milk really brings on the flavor. However, brand matters when it comes to canned coconut milk. Some are watery and flavorless; others filled with additives.

Here are images of the brands I prefer:

Make it Gluten-free plus ideas for variations

You can easily make this gluten-free by using chickpea pasta. I don't have a problem with gluten, but love this particularly with rice pasta. Here are some other ideas to use in this pasta dish:

For jerk seasoning, I prefer Walkerswood in the glass jar, it's more like a paste. Substitute chickpea or rice pasta in place of regular pasta. Coconut milk brands I recommend- Aroy-D, Chaokoh, Thai Kitchen or Trader Joe's Organic coconut milk.

If adding meat or seafood- about 1-2lbs is enough for this recipe.

Pin it for later! 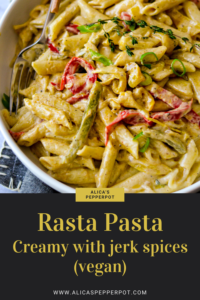 The above recipe is an update from an older version. If you enjoyed the previous version I've included it below.