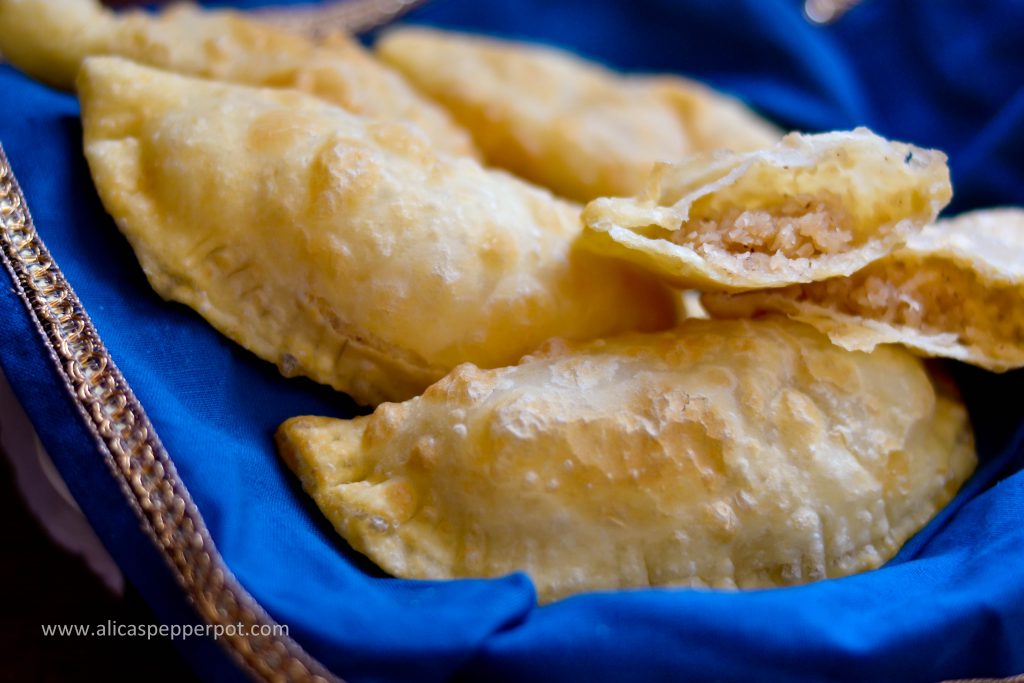 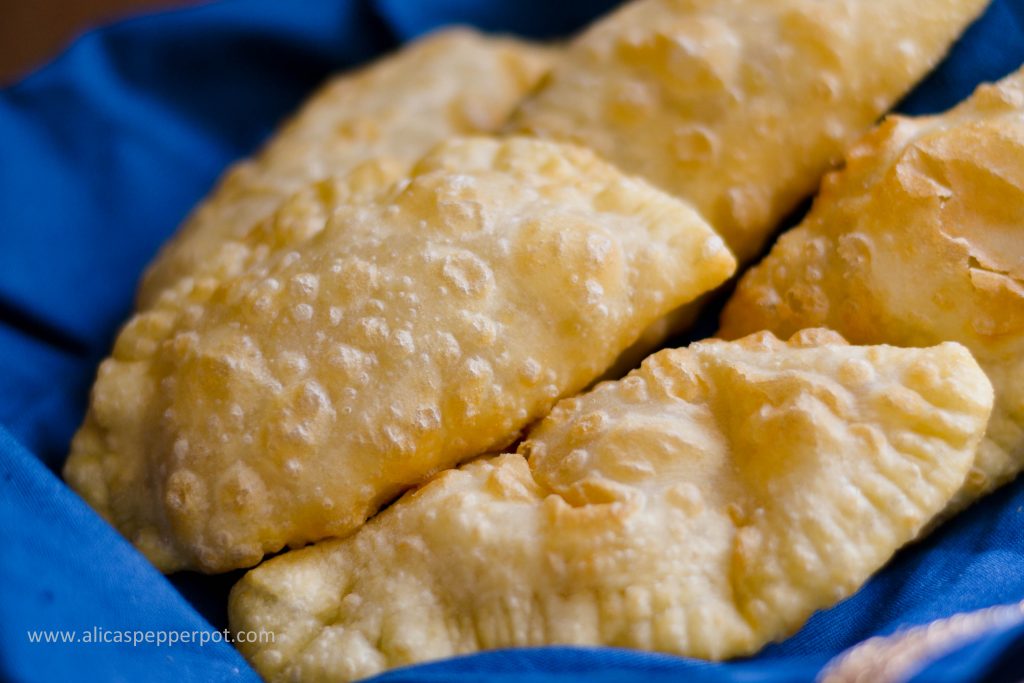 This pastry is a variation of the Indian version called, gujiya/gujia. Read more here.

Every year for Diwali or Holi my mom and grandmother would pack little bags of sweets to share with friends and family. Those bags always contained mithai, peera, parsad, and goja. I distinctly remember them making this pastry during holidays and not during Hindu religious functions. These little fried turnovers were filled with a spiced coconut that also contained a lot of ginger. Brown sugar and aromatics were added for more flavor. The pastry part was also very memorable. My grandmother's version was very thin and crisp right out the fryer. After it cooled, it became so soft and yummy.

I always had a preference for my grandmother's goja. She was particular in how she made them. I realized later it was because of the grated coconut and ginger. She used a traditional grater that got the coconut to a very fine texture. I always helped both my mom and grandmother to grate the coconut and let me tell you, it's a lot of work. Especially if you have little kids around that constantly need your attention! The texture of the coconut does make a difference in the finished product, but using the fine side of a box grater can help achieve a similar result. 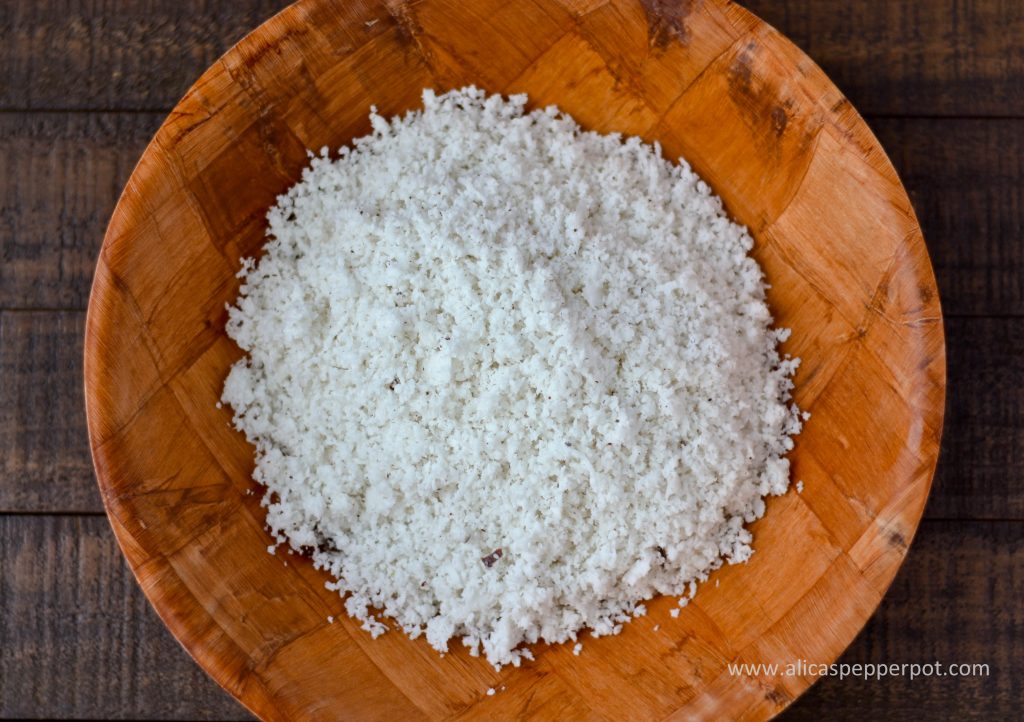 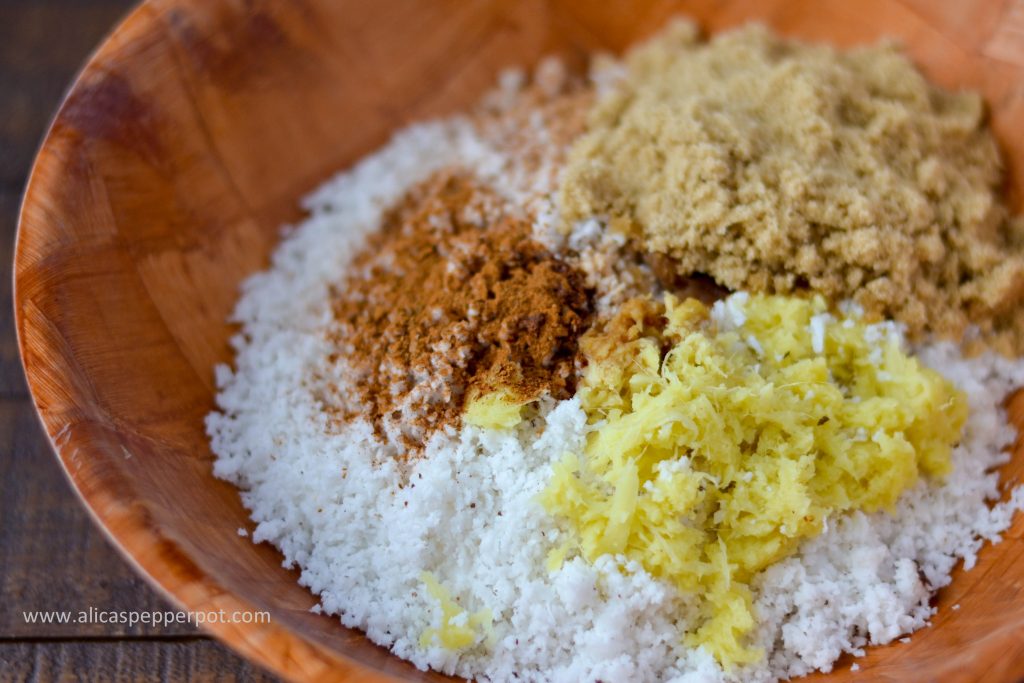 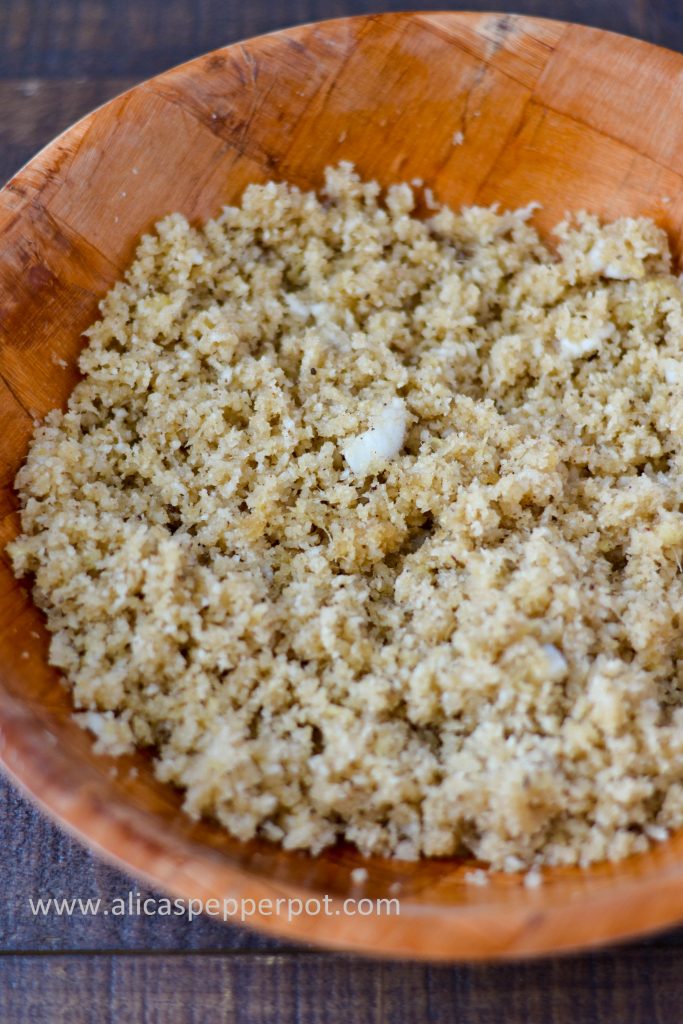 The coconut grater used for this recipe is a traditional utensil and cannot be easily sourced. It also requires a lot of time even though it grates the coconut quite finely. Here are some alternate options: 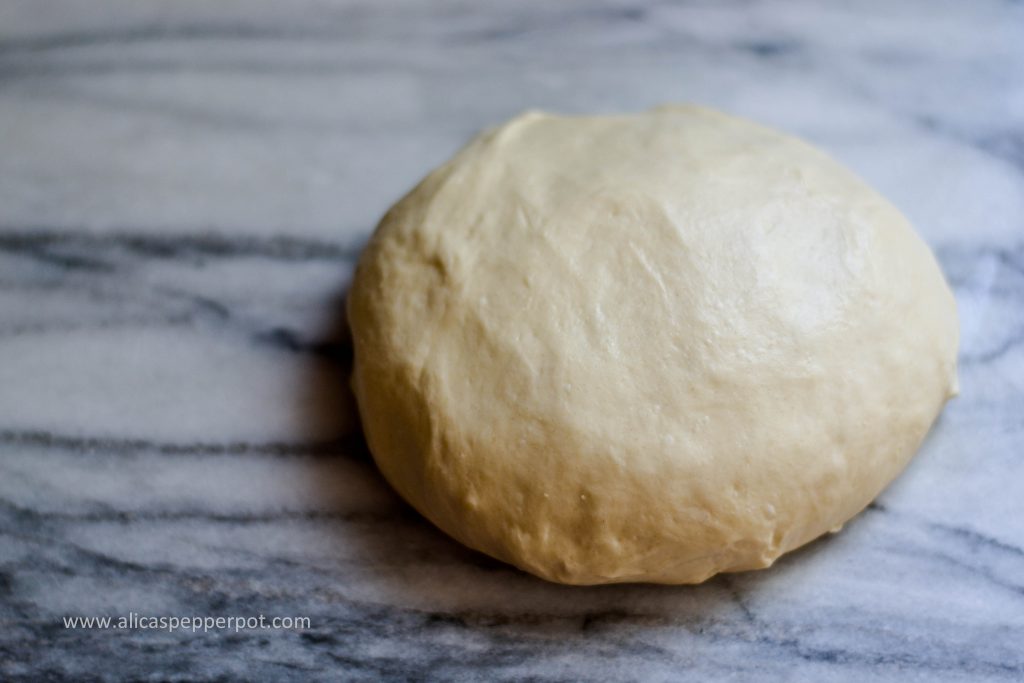 After kneading dough, let rest for a minimum of 1 hour then pinch off small pieces. 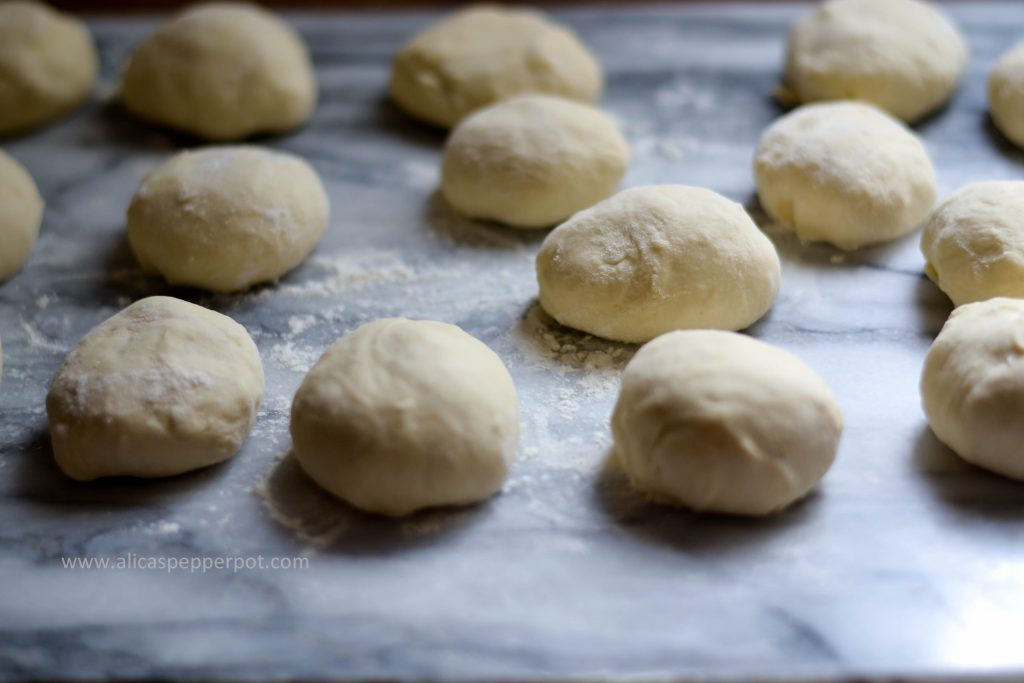 After rolling dough ball, rub some water around edges then place coconut on one half. Fold over and seal with a fork. 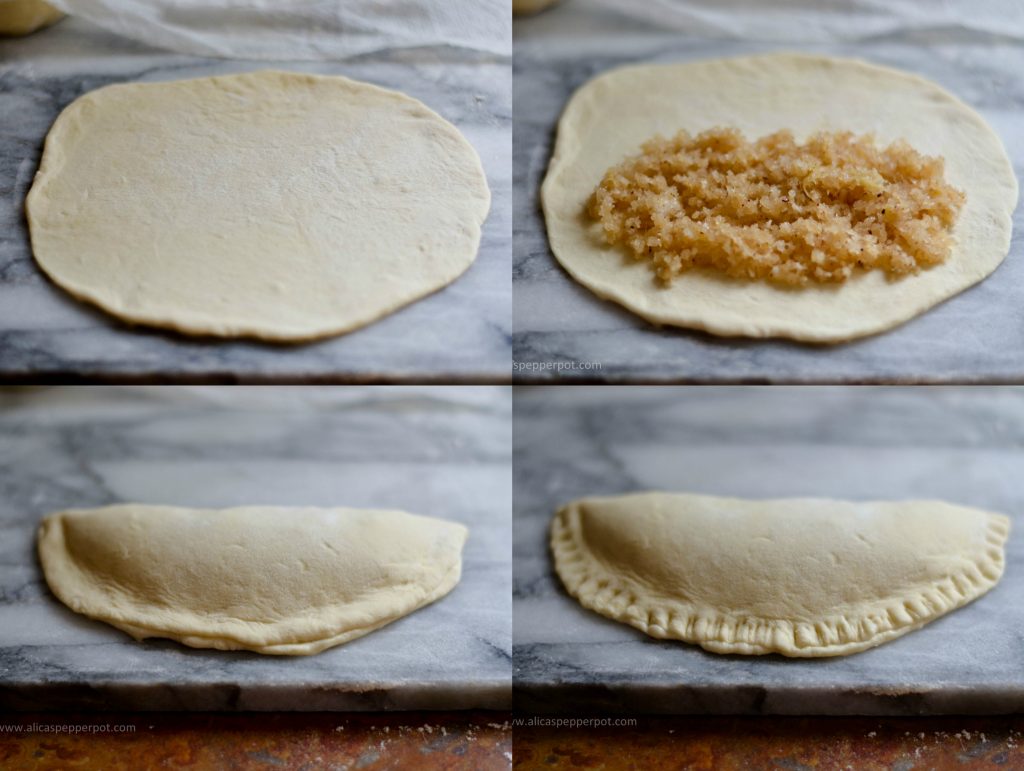 Repeat until all dough has been used. Some coconut may remain, it can be frozen for another use. 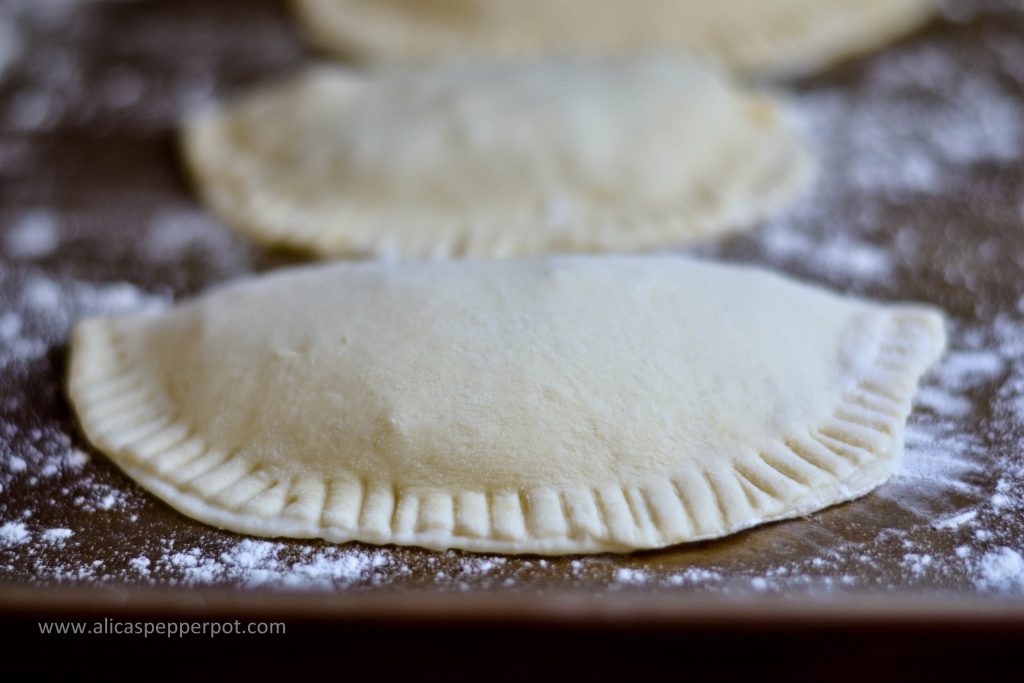 Heat oil in a deep wok, fry until light golden brown. My grandmother says the darker the goja is fried, the harder and more stiff the dough will be once cooled, so frying to a very light brown is preferred. 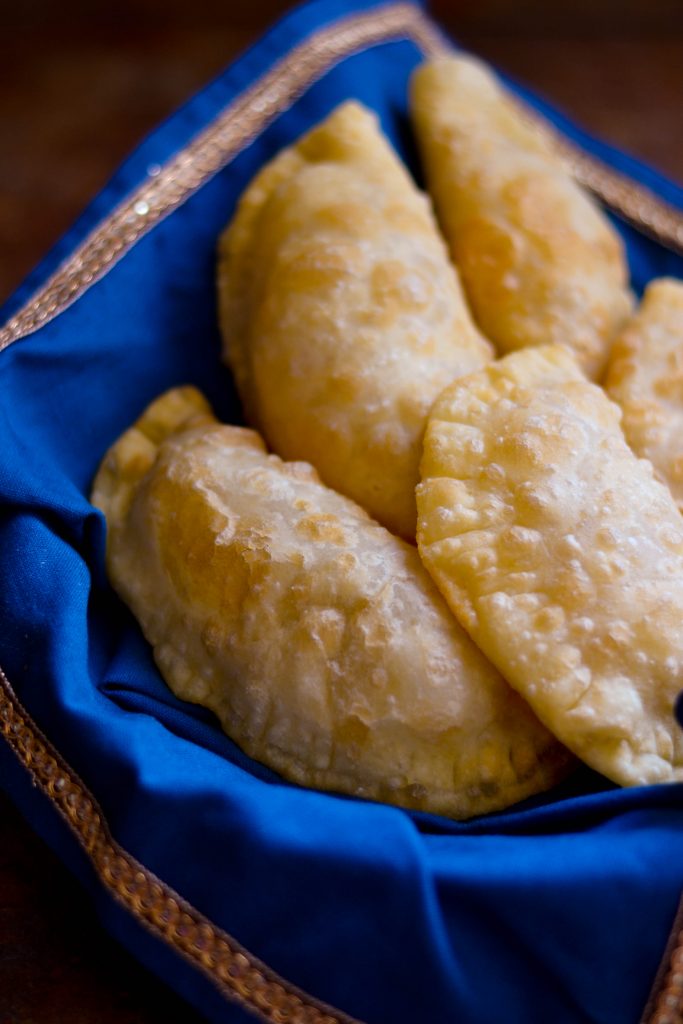 Make it your own

My grandmother sometimes adds raisins to her filling, but why stop there? Here are some suggestions for additions:

Alternately, gojas may be baked. After filling each turnover, brush tops with a mixture of melted butter and few tbsp milk. Bake at 350 degrees for 15-18 minutes until light golden brown. 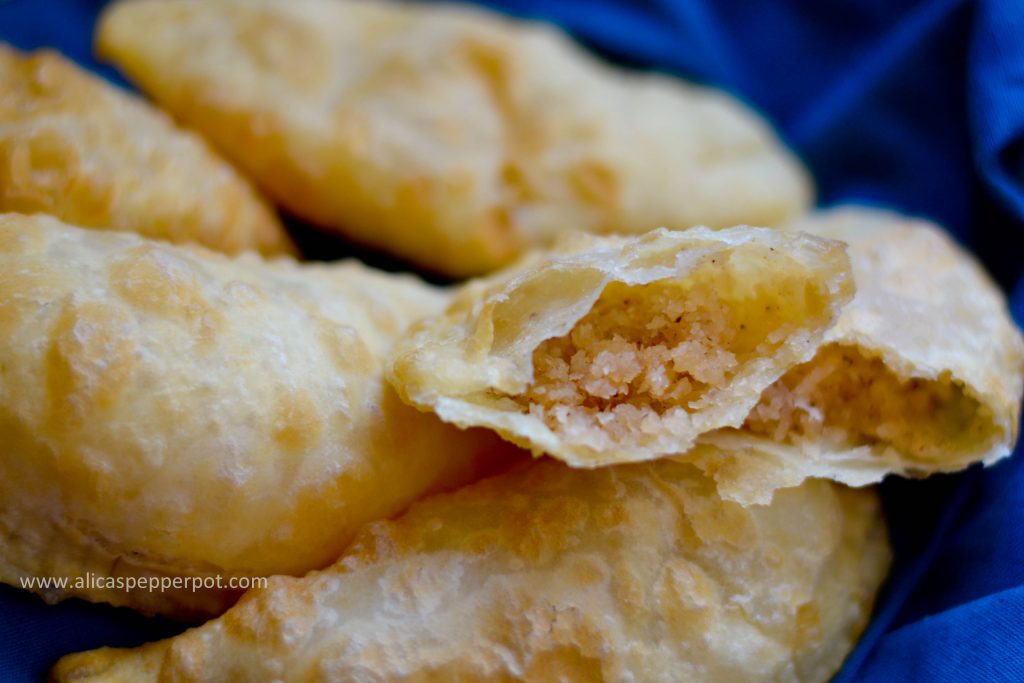